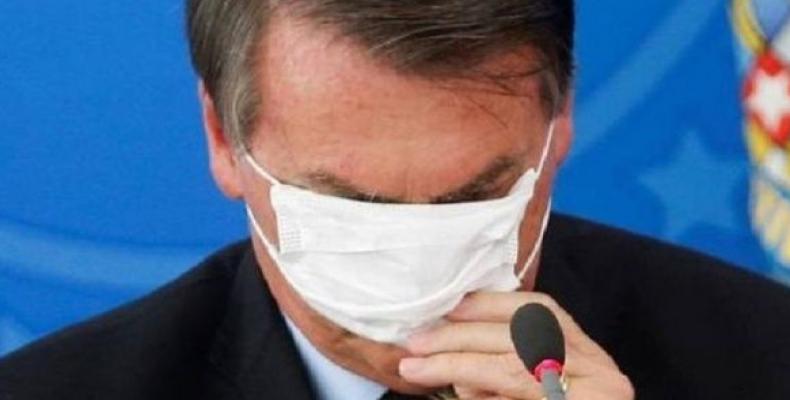 Sao Paulo, September 8 (RHC)-- Critics of Brazilian President Jair Bolsonaro are again speaking out against the leader’s stance on the coronavirus pandemic, this time rejecting his view that vaccination for the virus shouldn’t be mandatory.

Bolsonaro’s first such comments came last week, when he told a supporter: “No one can force anyone to get a vaccine.”  He repeated the comment during a live broadcast on Facebook, adding his opposition to administering vaccines that are yet to be proven on Brazilian soil.

“It has been proven in other countries, but not here in Brazil,” he said, without specifying to which potential vaccine he was referring.  “We cannot be irresponsible and put a vaccine into people’s bodies.  As I said, nobody can oblige someone to take a vacccine.”

The comments were swiftly rebuked by opponents on social media.  Sao Paulo state Gov. João Doria, a former Bolsonaro ally turned foe, said in an interview with The Associated Press that immunization cannot be viewed as a personal decision.  Sao Paulo, with 46 million residents, is the pandemic’s epicenter in Brazil, with its more than 30,000 dead from COVID-19 accounting for about a fourth of the country's death toll from the illness.