Virtual conference on US-Cuba relations to be held in Washington 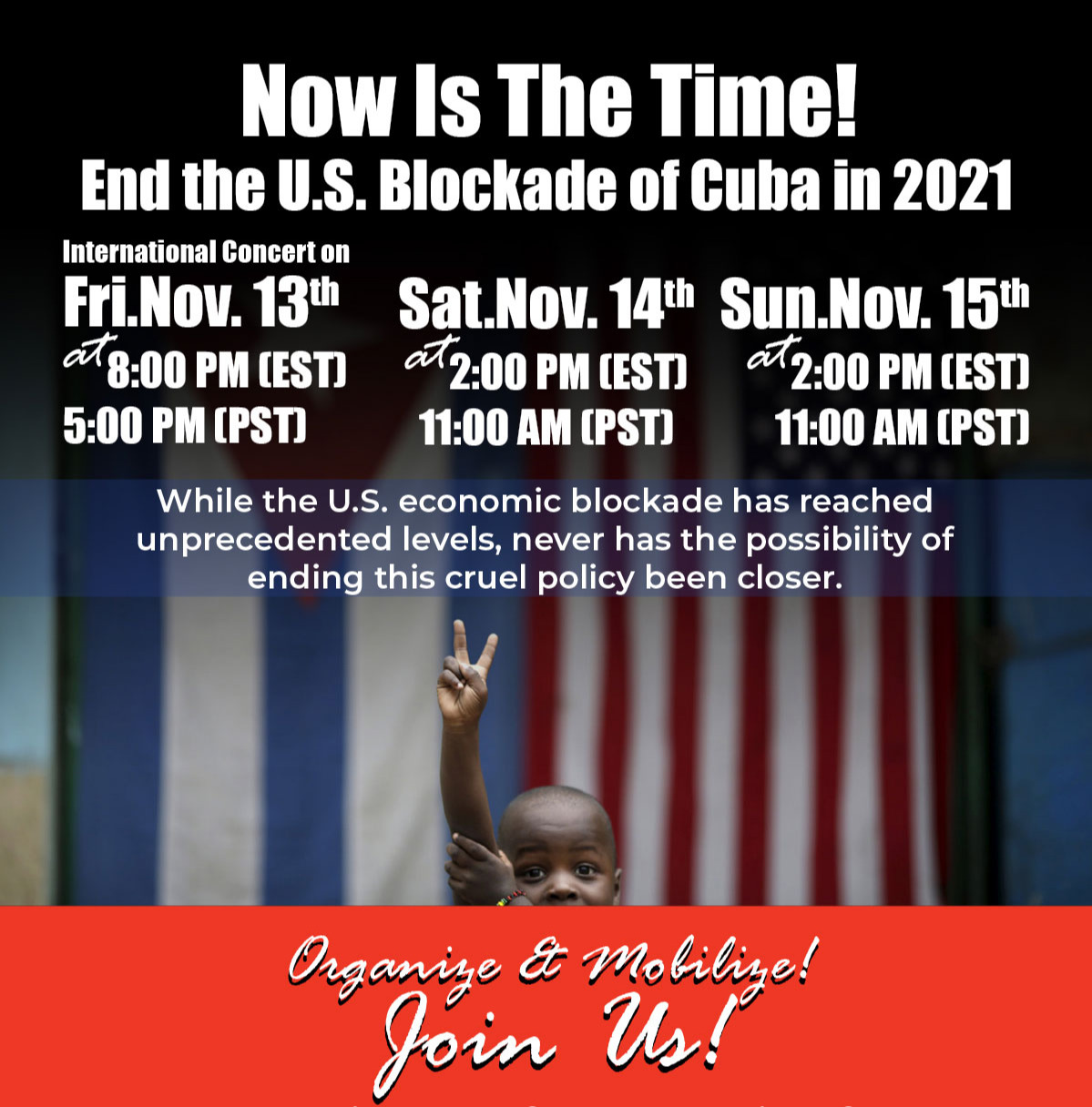 The event, organized by solidarity groups, will begin Friday, with an online concert aimed at demanding an end to the economic, commercial, and financial blockade imposed by the White House against the Caribbean island for almost 60 years.

Tamara Hansen, executive member of the Canadian Network on Cuba (CNC) and one of the conference spokespersons, said the musical event will bring together artists from all fields and from the three countries.

She highlighted that they will have the participation of, among others, the Septeto Santiaguero, two times winner of the Grammy award, and Pablo Menéndez and the group Mezcla.

The organizers reported that on Saturday, the first session of the conference will take place in the U.S. capital, which will focus on the importance of the total normalization of the relations between that country and Cuba.

This segment of the virtual meeting will feature the island's ambassadors in Washington D.C., José Ramón Cabañas, and in Ottawa, Josefina Vidal, as well as U.S. and Canadian politicians.

The second session of the event will be held on the same day. It will focus on Cuba's leadership role in the fight against the Covid-19 pandemic, both in the Caribbean nation and in many other countries through the Henry Reeve International Medical Brigade.

The last part will begin on Sunday, and will be dedicated to planning and implementing a campaign aimed at ending the blockade by 2021.

According to the CNC, the National Network of Solidarity with Cuba in the United States (NNOC) and the Table of Agreement and Solidarity Quebec-Cuba, hundreds of people from different parts of the world will attend the virtual conference.