Governments of Cuba and Canada willing to deepen bilateral ties 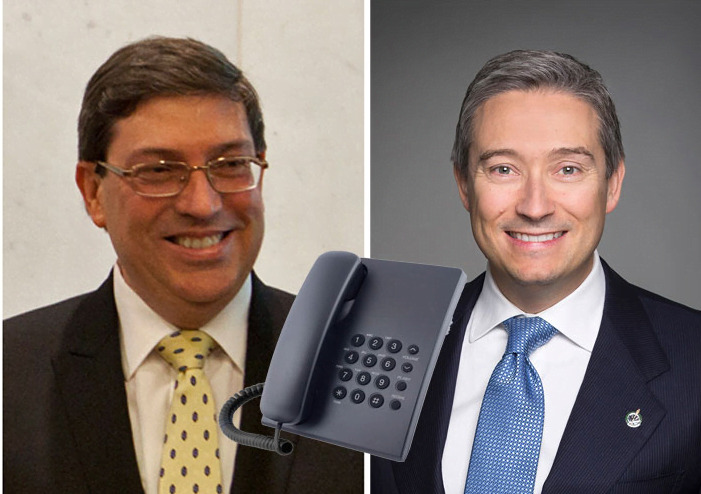 Havana, December 11 (RHC)-- The governments of Cuba and Canada ratified this Friday the willingness to deepen their bilateral ties on the occasion of the 75th anniversary of the establishment of bilateral diplomatic relations.

The Cuban Minister of Foreign Affairs, Bruno Rodríguez, reported on Twitter about a telephone dialogue held with his Canadian counterpart, François-Philippe Champagne.

"We reviewed the positive state of our bilateral relations and agreed to continue deepening them in the most diverse spheres, including the economic, commercial, and consular ones," Rodríguez wrote in the social media network.

On Twitter, Canada’s Ministry of Foreign Affairs highlighted the dialogue; according to the text, both foreign ministers discussed various issues, including the importance of tourism and economic recovery in a post-Pandemic COVID-19 environment.

The conversation was also noted by the Cuban Ambassador to Canada, Josefina Vidal, who wrote on her Twitter account that the two foreign ministers had a dialogue on the 75th anniversary of diplomatic ties.

Canada is Cuba's fourth commercial partner; both countries established diplomatic relations in 1945. Since then, they have maintained uninterrupted relations.