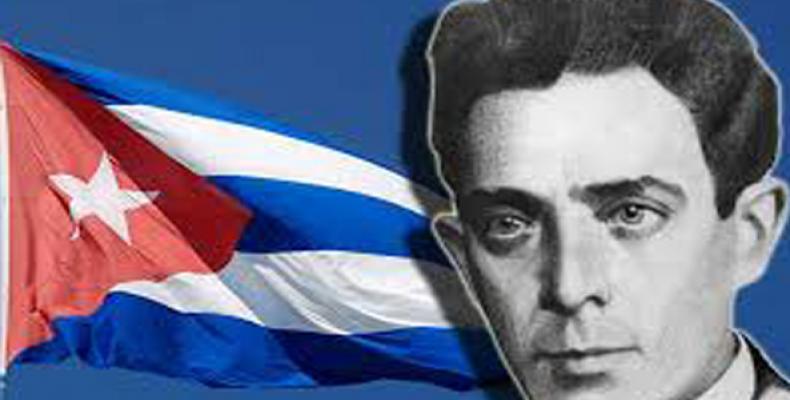 In the last episode of Imperialism and Revolution on January 9, we saw that Gerardo Machado, elected president in 1924, launched a reform project that protected Cuban industry and agriculture, and stimulated employment through an extensive public works project; combined with repression of the sector of the popular movement demanding more fundamental structural reforms. And we saw that, when the reform package was ruined by a fall in sugar prices, Machado intensified the repression and adopted dictatorial strategies.

The repression of the popular movement included the assassinations of the two founders of the Cuban Communist Party: Carlos Baliño, assassinated in 1926; and Julio Antonio Mella, assassinated in exile in Mexico City in 1928. And it included the assassination in 1926 of Alfredo López, the leader of the National Worker Confederation of Cuba (CNOC), which was a nationwide confederation of workers’ organizations representing agricultural and industrial workers. But the hopes of the people for social justice could not be repressed. Beginning in 1930, new popular political leaders emerged who were influenced by Marxism and were tied to the Cuban Communist Party (PCC). The new leaders brought the PCC to a position of prominence in a popular revolution of the period 1930-1933.

The most important of the new leaders was Rubén Martínez Villena, who emerged as the de facto leader of the Cuban Communist Party following the assassinations of their leaders. Martínez Villena was a poet whose verses of 1923 had described the “moral blindness,” the “inertia of the soul,” and a “profound sensation of the impossible” that characterized the neocolonial republic, and they evoked the sun that illuminates the revolutionary imperative, which would cast aside the fatalistic sense of the impossible, driven by a “yearning for the salvation of the beloved land.”

PCC, CNOC, and other organizations called for a general strike for March 20, 1930. Under the slogan “Down with Machado,” demands included the revocation of a government measure that declared CNOC illegal; the release of workers who had been detained for promoting the general strike; respect for the right of workers to organize and to strike; freedom of press and of association; the limit of the working day to eight hours; and measures in support of the unemployed, including an assistance payment, suspension of evictions and of rent and debt payments, and aid for transportation, meals, and lodging. In spite of the always-present possibility of reprisal, two hundred thousand workers and employees responded to the call, and the economic activities of Havana and other cities were paralyzed for twenty-four hours. The success of the strike demonstrated the prestige that Martínez Villena and the PCC had attained among the popular classes, overcoming obstacles created by the repression of the government. Further demonstrating that it was a strong political force, the PCC led mass demonstrations in Havana and in other cities in commemoration of International Workers’ Day on May 1.

In addition to addressing concrete demands of workers, the platform of the PCC embraced the demands of peasants and agricultural workers for land and for the cessation of evictions, enabling the PCC to have success in the rural areas in the organization of committees of peasants and agricultural workers. The overall PCC strategy was to form organizations of workers and peasants in urban and rural areas and to organize strikes and demonstrations in order to develop a popular, democratic, and anti-imperialist revolution that would evolve to a socialist revolution led by the working class. Its ultimate goal was to establish a socialist government, controlled by popular councils composed of workers, peasants, and soldiers.

In addition to the PCC and CNOC, other organizations emerged to shape the volatile political landscape defined by popular opposition to the Machado dictatorship. In the fall of 1930, the University Student Directorate (DEU) was formed, and it organized student demonstrations. On September 30, it issued a reformist manifesto, “To the People of Cuba,” which condemned the crimes of the Machado tyranny against workers, students, and political opponents; denounced the assassination of Julio Antonio Mella; condemned the corruption of the regime; criticized growth of the public debt; called for the restoration of constitutional democracy; embraced the principles of university reform; and called for a struggle against the Machado tyranny. Its insurrectional practices included strikes, student demonstrations, underground propaganda, sabotage, and execution of government dignitaries and henchmen.

The DEU was characterized by diverse ideological tendencies, with the result that, in early 1931, Leftist students split from DEU to form the Student Left Wing (AIE), which denounced the reformist orientation of DEU. AIE called the students to an anti-imperialist revolution of national and social liberation, a revolution directed by the working class in alliance with the peasants and the radical sector of the middle class.

Women’s organizations also actively participated in the popular uprising against the Machado tyranny beginning in 1930. In 1918, the Feminine Club of Cuba had been formed, which led to the establishment of the National Federation of Feminine Associations of Cuba in 1921, which convened the First National Congress of Women in 1923. The thirty-one delegates to the Congress were middle-class women with a variety of political, social, and religious perspectives, but on common ground with respect to the issue of gender. The Congress called for a campaign for woman suffrage; a struggle for the attainment of full and equal social, political, and economic rights for women; a battle against drugs and prostitution; the securing of laws for the protection of children; and the reform of teaching and education. Following the 1923 women’s Congress, the Feminist National Alliance was formed, which established the woman’s right to vote as its principal slogan.

In the context of the unfolding popular rebellion against the Machado tyranny, the Feminist National Alliance suffered a decline in influence. In May 1930, the Labor Union of Women was formed, headed by Ofelia Domínguez and Bertha Darder, which was openly rebellious in its activities. A few months later Oppositionist Women was established by other outstanding personalities of the feminist movement, like Pilar Jorge de Tella, which called feminists to participation in the general social struggle, although it did so under the influence of the traditional reformist political opposition. On January 8, 1931, the police violently broke up a demonstration of women in front of the Presidential Palace. After that date, the repressive brutality of the Machado regime made no gender distinction, and many women were included among the detained and, in some cases, the assassinated.

There also was the “Revolutionary Junta of New York,” a reformist oppositionist organization, composed of leaders of traditional political parties. It adopted the strategy of initiating an apparent armed struggle in order to increase political instability and end U.S. support for Machado. Its intention was to establish a “democratic” government that would be consistent with U.S. interests and that would close the road to popular revolution. In August 1931, it organized poorly-planned armed uprisings that were easily put down by government troops.

Among those imprisoned for his participation in the armed insurrection of the “Revolutionary Junta” was Antonio Guiteras, whose contacts in prison would lead to his radicalization. He would play a key role in the Revolution of 1933, as we will examine in our next episode.