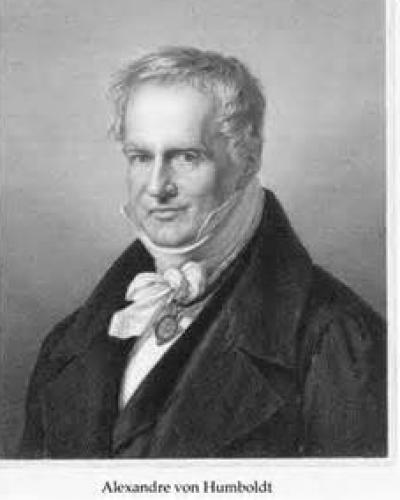 The German scientist Alexander von Humboldt’s first visit to the island lasted for three months, from December 19, 1800 to March 15, 1801. In Havana, Humboldt met many eminent politicians, scientists, and scholars; they became friends and crucial to his growing network of collaborators. Before returning to Havana in 1804, Humboldt traveled through South America and New Spain, which included present-day Mexico. Departing New Spain via the port of Veracruz, Humboldt returned to Cuba to retrieve the portion of the botanical collection that he had stored in Havana.... More 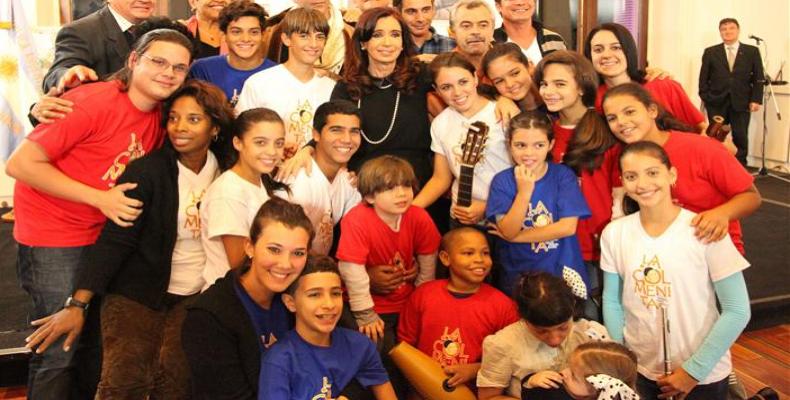 Founded on the idea that every child should get to experience the feeling of being centre stage and receiving a round of applause, La Colmenita, or ‘The Little Beehive’, is a cultural and artistic project made up of performers between the ages of five and 14.... More 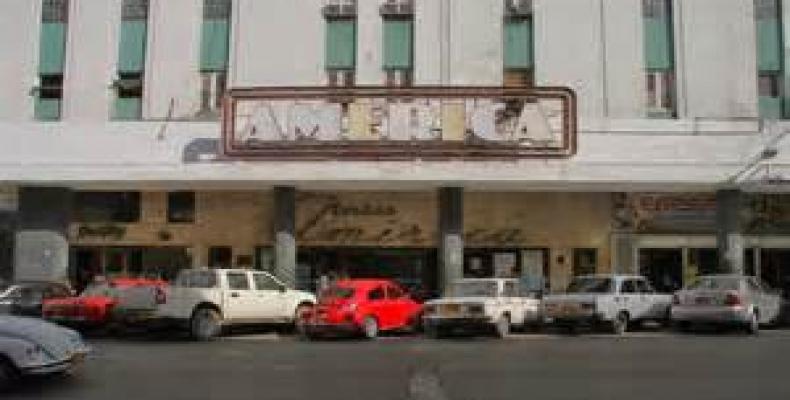 The América Theatre, with over 1700 seats, is one of the most interesting architectural works in Havana. It first opened on March 29, 1941 and is part of a large building complex located on one of Central Havana’s main commercial streets, Galiano.... More 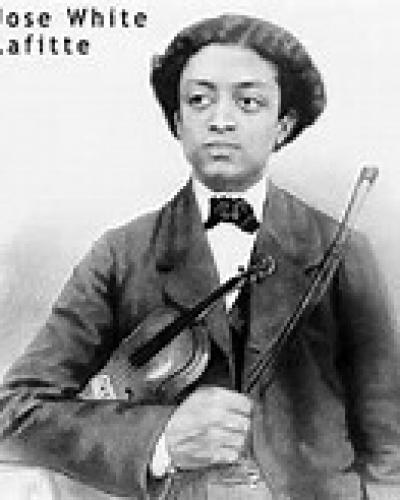 José White, born on the 17th. of January 1836, in Matanzas. was a Cuban violinist and composer. His father Don Carlos White was Spanish and his mother was Afro-Cuban.... More 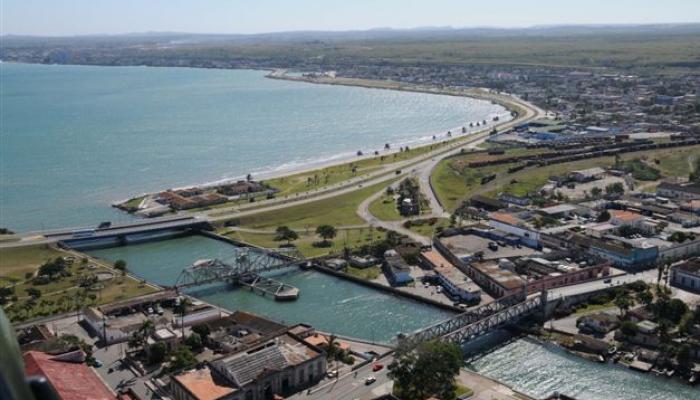 On the 7 March 1851 Swedish author and reformer Fredrika Bremer, wrote her Letters from Cuba or Cartas Desde Cuba. The collection was re-published by the Cuban publishing house Editorial Arte y Literature in Havana in 1995. Here is a selection from what she wrote about the city of Matanzas,... More 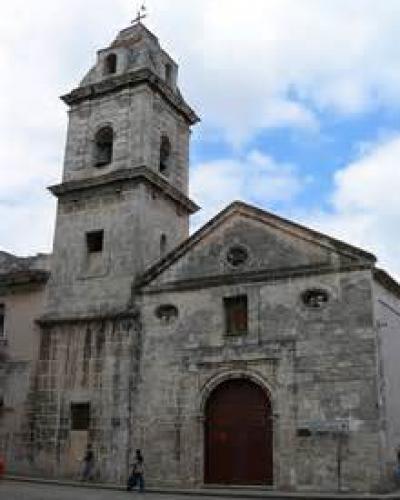 Havana’s oldest church: The Church of the Holy Spirit The Church of the Holy Spirit o la Iglesia del Espíritu Santo is Havana's oldest church. It contains several notable paintings and a crypt with catacombs. Reputedly the Iglesia del Espíritu Santo was built by Africans who were brought to the island as slaves but later bought their freedom. Within the church, improved by the bishops Jerónimo Valdés y Sierra and Pedro A. Morell, there is a chapel with a stone vaulted roof and a burial chamber beneath. The church tower has three stories and was, alongside the one at the Convento de San Francisco de Asís, one of the tallest in the city. Inside the church are several notable paintings, including a seated, post-crucifixion Christ on the right wall. The crypt, entered from the left of the altar, contains the catacombs, which you can visit with the custodian-guide. In 1936 the grave of the Bishop Valdés, a man who did so much for the city’s poor, was discovered in the church. The Church of the Holy Spirit is the only church in Havana authorized to grant political asylum. This Saturday the 3rd. of October at Havana’s Chuch of the Holy Spirit on 161 Calle Acosta at 6 pm there will be a concert presented by the various choruses and orchestras of Havana featuring the work of Esteban Salas and Laureano Fuentes. Salas’ Stabat Mater Dolorsa will celebrate its world premier.... More 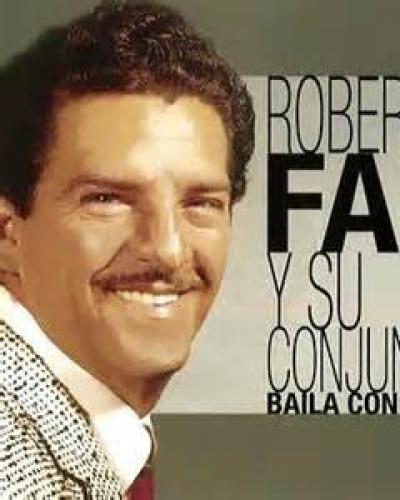 Roberto Faz was born on September 18, 1914 in Regla, across the bay from Havana. He was a Cuban singer and musician who reached the height of his popularity during the 1950s and early 1960s. Like his contemporary Benny Moré, he specialized in many forms of Cuban music such as son, guaracha and bolero. ... More 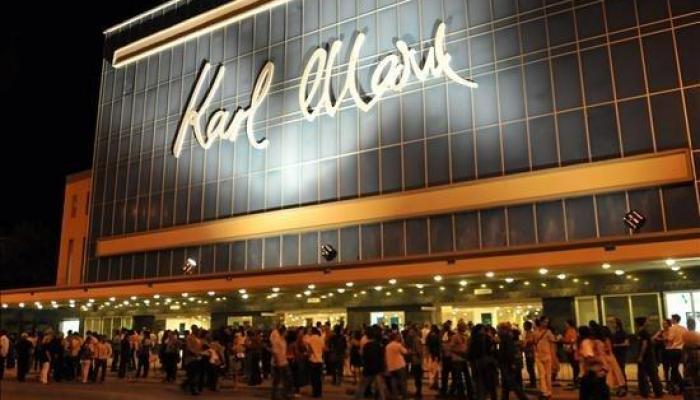 The Karl Marx Theater or Teatro Karl Marx is located in the Miramar district of Havana, on First Avenue at tenth street or Calle 10. Originally the Teatro Blanquita, it was the largest cinema in Havana and was built by businessman Alfredo Hornedo in 1949, opening on 30th December that year. The building also contained an ice skating rink. As well as operating as a cinema, it was extensively used as a live theater. In 1956, Liberace appeared on stage as part of his first international tour. It was still operating in 1958. In 1959, after the Cuban Revolution, it was re-named Teatro Karl Marx, and continues as a live theater and concert venue today. ... More 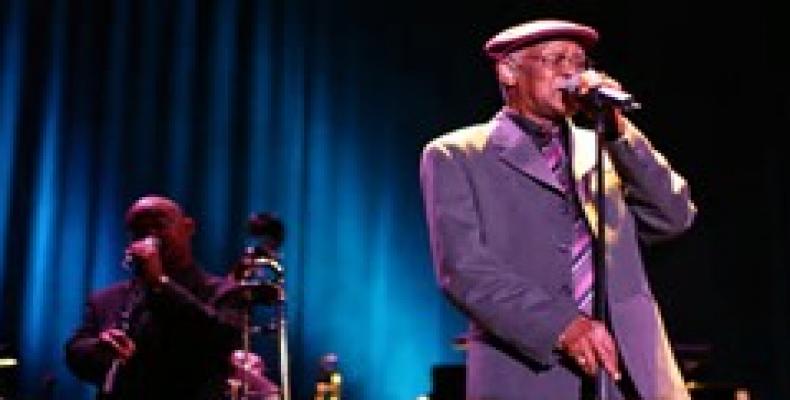 Ibrahim Ferrer was born at a dance in San Luis, near the city of Santiago de Cuba on February 20, 1927. His mother died when he was 12, leaving him orphaned and forcing him to sing on the streets to earn money.... More 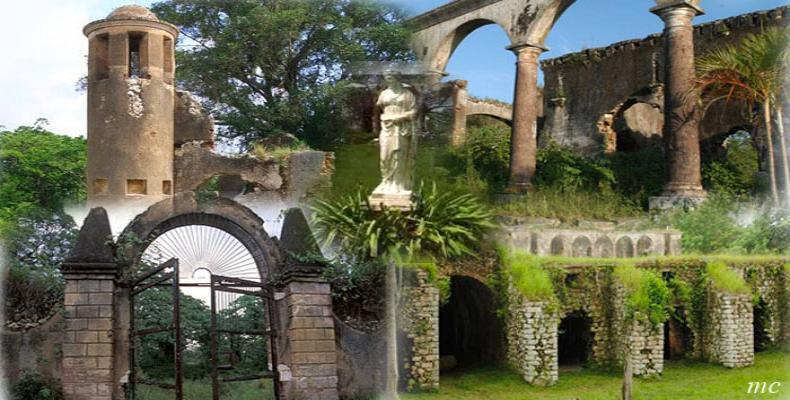 The Antiguo Cafetal Angerona, 5km west of Artemisa was one of Cuba’s earliest coffee plantations or cafetales and it was the most important one in the western part of Cuba in the first half of the 19th century. It's now a national monument. ... More Since the early years in the last century, at the entrance to the Marianao municipality in Havana, next to the Zanja-Marianao railroad, stood Villa Mina, a beautiful suburban property surrounded by a luxuriant tropical forest and once owned by Regino Truffin,. ... More Spanish historian and poet Jacinto de Salas’, in his journal Travels or Viajes, published in Madrid in 1841 and reprinted in 1964 by Consejo Nacional de Cultura in Havana, recorded his thoughts before going ashore in Havana in 1840.... More Celina González Zamora was born on 16 March 1929, in Jovellanos, Matanzas was a Cuban singer-songwriter, who specialized in traditional music of the Cuban countryside or la música campesina. She is best known for co-authoring A Santa Bárbara with her partner Reutilio Domínguez. Her recording of it was a hit, as was Celia Cruz's version. Celina and Reutilio wrote Yo soy el punto cubano and the recording was a hit in many countries throughout the world.... More Cuba's capital, famous for its five-century history, is also well known for its variety of architectural styles and especially for its Capitol building or El Capitolio, the second highest spot in the city.... More Rosita Fornés was born in New York, USA, on February 11, 1923. She was brought to Cuba by her Catalonian-born parents when she was 2. Her true name is Rosalia Palet Bonavia.. Rosita first won critical acclaim as a singer after winning the best prize at a widely-known Cuban talent contest, The Supreme Court of the Arts or La Corte Suprema del Arte in 1938. Rosita Fornés then became her artistic name.... More