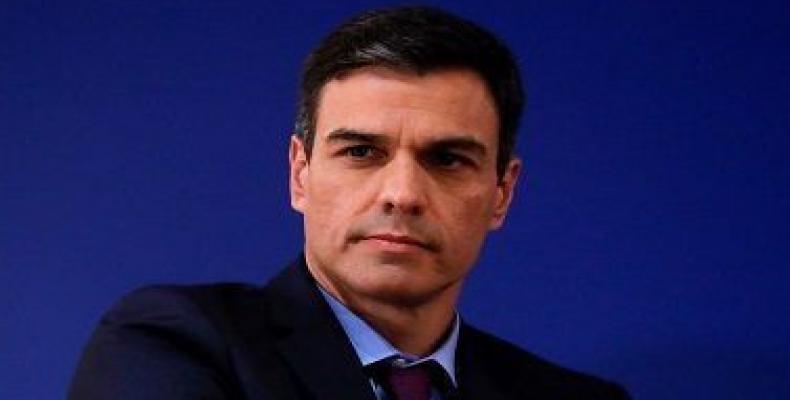 When the president of the defunct Venezuelan National Assembly Juan Guaidó declared himself the “Provisional President of Venezuela” -- even though no one voted for him -- the government of Spain was one of those that officially recognized him and pushed the European Union to accept such an insolent breach of the Venezuelan Constitution.

Immediately, Spanish President Pedro Sanchez was reminded that he himself did not become Head of Government and State as a result of an election but thanks to a vote of censure passed by the Spanish Parliament against Mariano Rajoy, who had to give up his job and was expelled from the top Government chair.

The Spanish opposition parties are emphasizing that President Sanchez’s stand is very weak, since his own political party does not enjoy a parliamentary majority, forcing him to forge quick political alliances in order to survive.

Someday it will be known if such a stand was a personal decision or the result of pressures from political allies.  Whatever the reason, the truth is that such a stand is an open violation of basic tenets of human decency.

The fact is that thanks to such a position, Spain has aligned itself with forces that are in open violation of the principles of international law and civilized international relations.  In fact, Spain has sided with those who want to violate peace in Venezuela, rob the Venezuelan people of the many advances they have achieved and put an end to the democratic, popular revolution begun by Hugo Chavez.

If the European Union did not adopt unanimously such an interventionist stand, it is because Italy flatly refused to join, noting that it does not agree with measures that fall squarely on the Venezuelan people, and not on other nations.

Curiously enough, in Madrid a complex judicial process began this week against a group of Catalonian leaders who are accused of disobedience, rebellion and sedition, for whom the Spanish government is asking jail terms ranging from twenty five to seventy five years imprisonment.

This case stems from the declaration of independence of Cataluña, one of the regions of Spain, issued by the then Chairman of the Catalonian Parliament Carles Puigdemont, although at least twelve other Catalonian leaders could not escape and are now facing long prison terms.

And an important question stems from this situation.  How is it that the President of Spain does not recognize a traitor in Venezuela but is ready to approve long prison terms to those who desire the independence of Cataluña?

The Spanish president has obviously decided to go along with his buddy in the White House, Donald Trump -- who recognized Juan Guiado as 'president' only minutes after talking with him on the phone.

Fortunately, there are still some in Madrid who believe Venezuela is an independent, sovereign nation that adopts its own decisions just as Spain enforces its own domestic decisions.