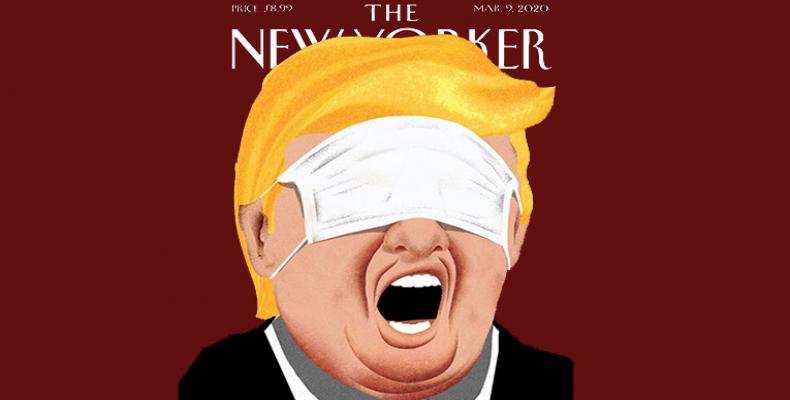 The United States, though being the world's sole superpower, has so far let the world down in the high-stake combat to terminate the novel coronavirus pandemic.

The country's bungled performance has not only made itself the global epicenter of the deadly outbreak, but also exposed the deep deficits in responsibility, morality and readiness to lead in Washington.

The United States is the envy of the world in the realm of science and technology, as well as in the number of world-class medical professionals and the most advanced facilities. In addition to that, more and more evidence has shown that this White House has received repeated warnings from various sources about the outbreak since late last year.

Yet Washington's reluctance to act has rendered those concrete edges seemingly decorative and squandered months' invaluable time to get ready for the impact. As a result, the country's total infections have surged to more than 1.5 million, and the death toll has surpassed the number of Americans killed in the Vietnam War in less than four months since the country confirmed its first case on Jan. 21.

What is more worrisome is that Washington's lack of responsibility seems to be hitting a new high as the U.S. government is trying to reopen the country despite that infections and deaths are still mounting.

Gregg Gonsalves, co-director of Yale University's Global Health Justice Partnership, has lashed out at the U.S. administration's pandemic response and reopening plan as "close to genocide by default."

By messing up at home, Washington seems to have become a new source of chaos for other parts of the world.

A superpower as the United States should have played a leading role in coordinating multilateral anti-pandemic responses, coming to the aid of those struggling in the outbreak, and developing effective drugs and vaccines. Instead, the country has failed on all fronts and become a disruptor-in-chief in this global fight against humanity's common enemy.

Over the recent weeks, some right-wing White House politicians have launched a disinformation campaign to muddy the waters and shift blame.

They blame China and the World Health Organization (WHO) for lack of transparency despite the fact that the two have done their part to warn Washington of the dire situation; they rush to link the origin of the virus with a lab in Wuhan although Washington's own intelligence agencies and medical experts reject this conspiracy theory. They even try to drag others to join them in extorting so-called compensation from China over the outbreak even though China itself is a victim of this natural disaster.

Washington is not just using lies and ill-founded accusations to perplex the world's collective drive to beat the virus, but also trying to undermine that global endeavor by refusing to take up its due global role.

No Washington representative showed up at the European Union COVID-19 online pledging conference which aimed to raise funds for the joint development of vaccines against the lethal pathogen. Earlier last month, Washington decided to withhold funding to the World Health Organization (WHO), the backbone body that has been working around the clock to bring countries together to beat their common enemy.

In his recent opinion piece published in the Wall Street Journal, former U.S. Secretary of State Henry Kissinger wrote that the historic challenge for leaders is to manage the crisis while building the future.

In the current fight against the virus, it is clear that leaders in Washington have so far flunked the twin tasks mentioned by Kissinger. In this age of shared interests and common challenges, building the world's better future demands that one nation should work in tandem with all others. There should be no lesser requirement from the world's sole superpower.