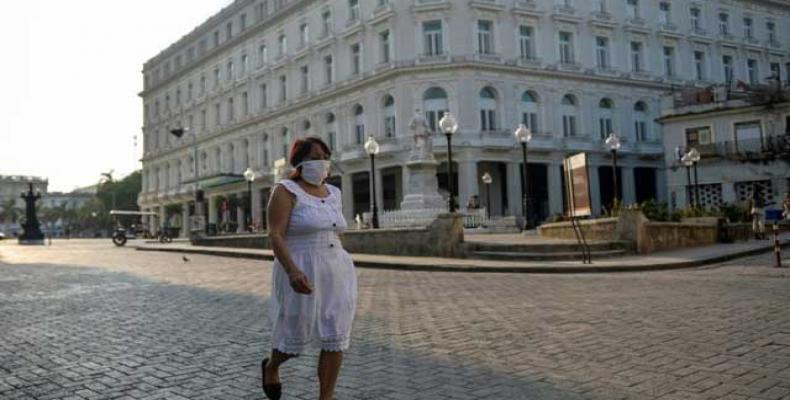 Cuba has been able to contain the COVID-19 pandemic, and it has initiated the first phase of the stage of recuperation in thirteen of the nation’s fifteen provinces. The number of confirmed cases in Cuba reached a peak during the month of April, followed by a rapid decline in cases during the first three weeks of May. There was a subsequent increase in cases for two weeks, due to outbreaks in particular localities caused by non-compliance with the health measures by merely a few individuals. But for the last two weeks, the number of cases has fallen, so that it is less than at any point since March 26. The thirteen provinces that have entered the recovery stage have not had a single confirmed case in more than fifteen days. There have been only two deaths in the nation in the last twenty-four days.

There are four historic factors that were important in preparing Cuba for the battle of COVID-19. The first was the nation’s commitment to the development of science, proclaimed by Fidel Castro in 1960, which has included the development since the 1980s of research centers in biotechnology. In the battle against COVID-19, Cuba has had available an important number of highly qualified and committed research scientists from various research centers, who were experienced in working together in confronting epidemics. And it had available an advanced pharmaceutical industry, capable of producing necessary drugs.

The second historic factor has been Cuba’s development of a free and universally available public health system, with an emphasis on primary care, which facilitated direct contact with the population, permitting a rapid and effective response. In mobilizing the battle, Cuba has been able to count on more than 479 thousand health professionals, 6.6% of the population of working age, 71% of whom are women; whose professional formation has occurred in the context of an educational and health system that nurtures the values of service and solidarity.

The third factor is the structure of the Cuban economy. More than 90% are homeowners who do not pay rent or a mortgage; and some basic foods are subsidized. At the same time, inasmuch as state-owned companies are the principle employers, the state was in a position to decree measures in support of workers, such as the payment of 100% of salaries for persons who were not reporting to work because of the health situation, and 60% of the salaries of workers whose jobs were interrupted by the measures that closed certain economic activities; and the suspension of payments for electricity, water, and natural gas services to homes. The Cuban people have not been placed by the pandemic in a situation of economic desperation. The state was able to give priority to health and to provide the people with necessary economic support.

The fourth historic factor is the persistent commitment of the revolutionary government to the people, which gives it a high level of legitimacy and moral authority, enabling it to call upon the people to the support of a national plan. No one should think that Cuban containment of the virus was accomplished through state coercion; Cuban containment of the virus was possible because the people trust their leaders, and they have faith in the national plan.

In February, Cuban president Miguel Díaz-Canel formed an advisory team composed of government ministers and scientists from various institutions and scientific disciplines. The national advisory group has met on a daily basis, such that there has been a continuous direct dialogue between the government and the academic and professional experts. Such cooperation between the government and the scientific community was a critical factor in the effective Cuban response.

The Plan of Prevention and Control of Covid-19 was approved on March 5, prior to any confirmed cases of Covid-19, with adjustments as the situation evolved. Its key components have included: the suspension of tourism; the establishment of isolation centers; the suspension of public transportation; the prohibition of travel from one province another; the requiring of face masks outside the home and in places of work; the closing of restaurants and stores that sell non-essential goods; the suspension of schools and universities; the formation of teams of medical students for door to door inquiries, searching for persons with respiratory symptoms and for asymptomatic cases; the encouragement of all persons to stay at home, except for work and necessary purchases; the maintaining of physical distancing in stores and public places; and requiring frequent hand washing. The Plan was announced by the government on March 9; the first positive cases were confirmed on March 11. The civil defense organizations in the provinces were activated for the implementation of the plan; and the police have been authorized to impose fines. The great majority of the people, however, voluntarily comply.

From the beginning, the government was committed to explaining things to the people. The nightly evening news programs La Mesa Redonda has been converted into a daily space for ninety-minute or two-hour explanations by three or four government ministers or scientists. Meanwhile, there has been a daily morning press conference by Dr. Francisco Durán, National Director of Epidemiology of the Cuban Ministry of Public Health. The sixty-eight-year-old Durán, with his patient and clear explanations, has become a beloved symbol of the Cuban struggle against the pandemic. The Cuban people are well informed about the reasons for the health measures, the contributions of Cuban science, the characteristics of the new coronavirus, and the evolution of the pandemic in the world.

The Cuban response to COVID-19 has three stages. First, containment of the pandemic through a control plan that suspends certain economic activities and imposes health measures. A second stage of recuperation, which the nation is now entering, which involves the opening of certain economic activities and the relaxing of some health measures in a gradual form that does not provoke a new wave of cases. And a subsequent stage of economic recuperation, which will include continuation of some health measures as a new normality.

As Cuba initiates its stage of recuperation, it proceeds with certain health and hygiene measures intact. All persons are required to wear face masks outside the home and in places of work; and physical distancing must be maintained. The government ministers have repeatedly stated that full compliance with the health measures continues to be necessary, in order to prevent a new outbreak. In its battle with COVID-19, Cuba has learned that the virus spreads through asymptomatic transmitters, so that a few persons concentrating without face masks can provoke a local outbreak.

Cuban success in containing the pandemic demonstrates the value of cooperation between the government and an integrated national scientific community, working together in the formulation and explanation of a coherent plan. Cuba’s success in containment places in doubt the viability of the neoliberal minimization of the state and its emphasis on the market and privatization. Cuba illustrates the need for a strong state, actively engaged in the economy, in the promotion of scientific knowledge and in the protection of the social and economic needs of the people. Such are the basic dimensions of successful confrontation of the pandemics that humanity increasingly will face.