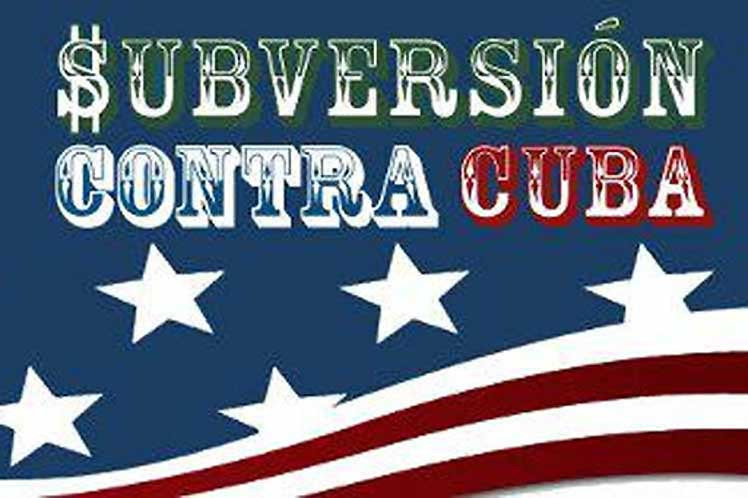 If the Western media would comply with what it claims to be its principles of objectivity, good and worthy causes such as the struggle of the Cuban people against the U.S. blockade would have the global impact they deserve.

Even when the United States fails to comply with the mandates of the UN resolutions to put an end to the siege against the Cubans, its actions still do not receive appropriate coverage in the corporate media.
Not the case when it comes to promoting the scenario of destabilization in the Caribbean nation.

This is what happens with the actions of a certain counterrevolutionary leader in Cuba.  Some of his actions are, in fact, very obscene to the extent of insulting our national symbols.

Local television showed evidence of the instructions given to this individual by the National Democratic Institute, a non-governmental agency of the United States.  This agency finances groups and individuals to carry out unlawful procedures in progressive countries.

The National Democratic Institute sent instructions to this person on the modalities of an alleged hunger strike, as part of an exhibition that received privileged coverage in the Western corporate press.

It doesn't matter that everything is aimed at creating in Cuba conditions promoting or encouraging disturbances and anarchy, despite the difficult health situation of COVID-19.

The broad dissemination of such circumstances in Cuba is quite above the very scanty attention given to the data and experiences of Cuba on the serious impact of the U.S. blockade.

Former Swiss Socialist Party parliamentarian and oncologist Franco Cavalli, president of Medicuba Europa, is going through the same situation.  That Swiss Non-Governmental Organization provides medical aid to our nation to deliver supplies for its hospital system, but the U.S. blockade interferes with this humanitarian mission.

The solidarity and the daily hazards of the Swiss oncologist are ignored by the mainstream press while the crudest plans of subversion against Cuba gain media prominence, some of them qualified as hypocrisy, others as double standards and many as vicious and vile lies.