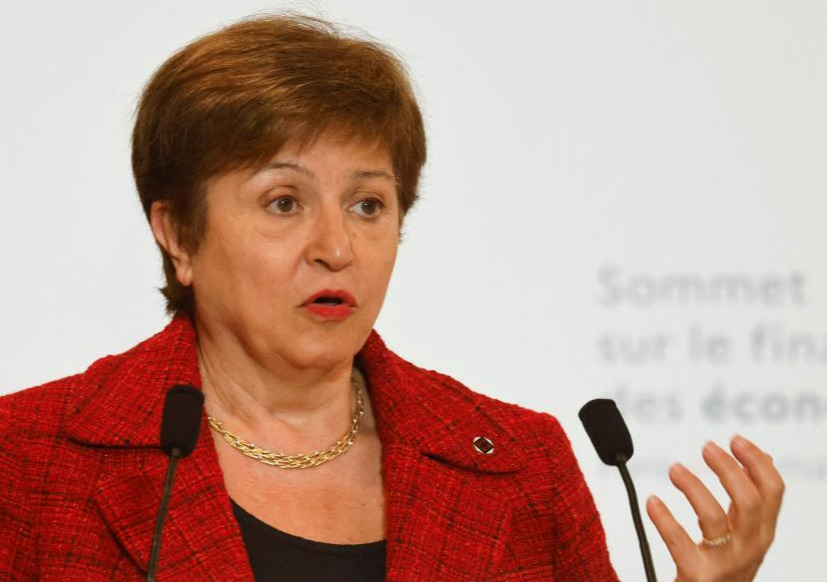 The crusade against Kristalina is driven by media outlets such as The Economist and prominent representatives of the U.S. Republican Party.
party. Photo: El Mundo

After several weeks of doubts, debates and speculations, the executive board of the International Monetary Fund (IMF) approved the permanence of the Bulgarian economist Kristalina Georgieva, whose professional integrity was questioned, as head of that entity.

A publication by the U.S. law firm, WilmerHale, one of the largest in the world, accused the official of having exerted pressure in 2018, when she was an advisor to the World Bank, with the purpose of favoring China in a financial report.

As may be appreciated, the issue was very sensitive because Georgieva's alleged misstep would have occurred in the midst of the aggressions of Donald Trump's government against Beijing, to try to curb the economic, financial, commercial and technological power of the Asian country.

The positions for and against the executive director of the IMF showed the divisions, not only within the organization, but also among the sectors that manage the decisions that affect, for better or worse, almost always in the latter sense, the vast majority of the planet.

Since taking office in 2019, she is the first representative of a small and developing country to hold such a high distinction.

But it is much more than that, for under her leadership a slight tilt of the Fund toward issues such as environmental protection, addressing inequalities and investing in clean energy technologies is occurring.

To some extent, he is promoting a timid cooling of the traditional adjustment policies, austerity measures, privatization of public resources and deregulation, and although this is incipient and sometimes does not go beyond discourse, it is enough for the most conservative sectors to call for his head.

Something more concrete, and which infuriated Trump and those close to him, was the authorization of 650 billion dollars in Special Drawing Rights, to help face the pandemic, make medical expenses or alleviate the burden of public debt in low and middle income countries.

The crusade against Kristalina is being promoted by media outlets such as The Economist and prominent representatives of the U.S. Republican Party.

The law firm that produced the report implicating her is known for its anti-union positions, which it fiercely fights, and some of its former partners supported the defense of Richard Nixon in 1974.

If Georgieva had been dismissed, her place would have been taken by Geoffrey Okamoto, imposed by Trump as second in that entity.

It is not about believing that the IMF will suddenly become good and progressive, but in the midst of so much darkness a little light is already a gain.