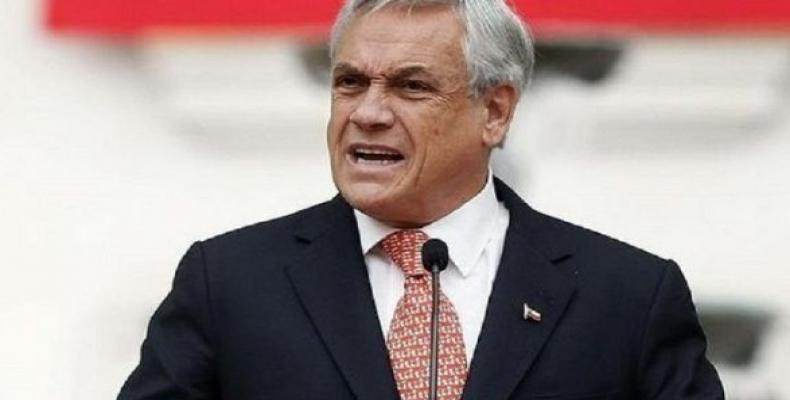 Before his departure from power in March, the Chilean president, Sebastián Piñera, deepens his unpopularity, as the government informed about a millionaire award to two private companies for the extraction of lithium, enough to generate criticism from the opposition.

Even the president-elect, the popular Gabriel Boric, expressed his disagreement because in his opinion the outgoing neoliberal government should analyze the bidding even more.

Piñera, who since the social outburst at the end of 2019 suffered an erosion of his credibility before the citizens, now faces new imprecations.

He is being singled out for pushing, suspiciously in an accelerated manner, the bidding of contracts for the extraction of lithium, a strategic metal, only two months after leaving office.

For some observers, this is a "tie-up law" aimed at promoting the extraction of a key element for the manufacture of batteries for electric vehicles.

It is true that the two companies selected will have access to only 1.8 percent of the known reserves of lithium in the southern country, but given its significance, any agreed amount is important.

The Chilean opposition responded to the government's decision by submitting a request to the Comptroller's Office to investigate the disputed tender.

In the opinion of Socialist deputy Leandro Soto, the Chilean government is giving away the strategic product through 30-year operating contracts.

Other politicians highlighted the intention to circumvent the next Magna Carta, now being written by the Constitutional Convention, conceived as a safeguard of Chile's natural resources.

Experts in the field stressed that selling lithium as a raw material generates little income, in the absence of added value.

There are many who warn about what they call the current government's attempts to strip Chile of an essential patrimony.

If true, it would be a devastating blow for the nation with half of the world's reserves of the so-called white gold.

For Piñera, the lithium business puts him back on a volcano, which he initially climbed when he was involved in the purchase and sale of the controversial Dominga mining project, of which his family was the largest shareholder until 2010.

A wealthy businessman, the President has a great wealth, but little political capital.