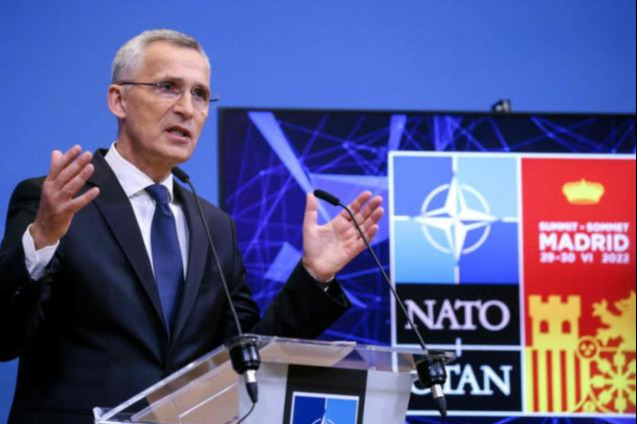 During the recent Summit in Madrid of the North Atlantic Treaty Organization, NATO, the aggressive nature of that group, its intentions to extend its military hegemony throughout the world and the absolute submission of the European Union to Washington's interests were made clear.

The so-called "Strategic Concept", which defines the objectives for the next decade, unashamedly divides the world into two blocs, them and the others, and views the latter as a latent threat and, therefore, as a military objective.

This was expressed by the Secretary General of that alliance, Jens Stoltenberg, who stated that NATO is experiencing "the most serious security crisis we have faced since the Second World War".

A truly strange concept because, as far as I remember, in the last bloody wars unleashed on the planet, the militarist coalition has played the role of aggressor, never the aggressed.

I am referring, for example, to the two-decade occupation of Afghanistan, the war against Iraq, the criminal bombing of the former Yugoslavia, the destruction of Libya, to which they returned to the Middle Ages, and the attacks on Syria, whose main beneficiaries were the terrorist groups.

The transatlantic alliance is not, never has been, a defensive grouping, quite the contrary, it is the spearhead of the United States to intervene wherever it feels its interests are in danger, or where there are resources it covets to increase its power.

If there is any doubt, look at the proposals that the President of the Northern Power, Joseph Biden, made to his peers at the Madrid meeting.

The head of the White House said that "Here in Spain, we are going to work with our allies to increase the number of U.S. Navy destroyers stationed at the Spanish naval base in Rota from four to six".

He added that "In Poland, we will establish a permanent headquarters for our Army's Fifth Corps and strengthen U.S.-NATO interoperability across the eastern flank."

He added that his country's deployments in the Baltic states will be increased, two additional F-35 squadrons will be based in Britain, and there will be more aircraft of "other capabilities" in Germany and Italy.

"Cultured, old Europe" will be a large U.S. military base and the most obscene thing is that its leaders applauded enthusiastically and got down on their knees before the voice of the slave master.