Projects in favor of community welfare 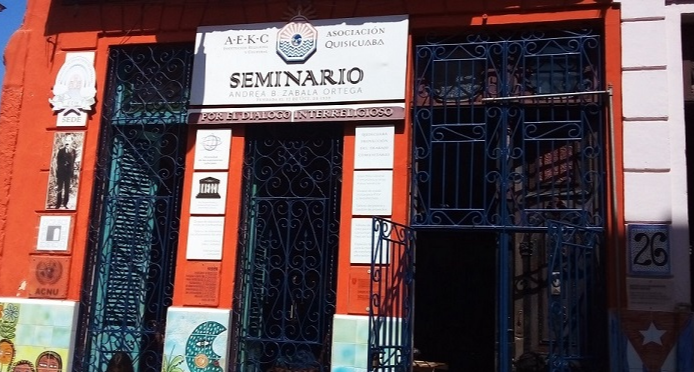 There are many community projects that in recent years have been proliferating throughout Cuba, to provide a different perspective of life to the inhabitants of the various communities, as well as with creativity and commitment to seek solutions to everyday problems.

There are many community projects that in recent years have been proliferating throughout Cuba, to provide a different perspective of life to the inhabitants of the various communities, as well as with creativity and commitment to seek solutions to everyday problems.

These initiatives have been opening up space and have attracted more and more people. Today they have a more favorable environment because the municipalities have a Development Strategy, a policy of the authorities to contribute from the neighborhoods to the advancement of the nation and the welfare of citizens.

The highest leadership of the country gives special importance to these projects, which involve artists, social workers, young university students, delegates of the People's Power and, of course, the inhabitants of the communities.

Cuban President Miguel Díaz Canel has insisted on the identification of material problems, but also of spiritual needs, in which art and culture play an essential role due to their transforming nature.

And as part of this follow-up and attention to these authentic and innovative plans, the president of the National Assembly of People's Power of Cuba, Esteban Lazo, visited in recent days the Quisicuaba sociocultural project in Los Sitios, in the Centro Habana municipality of the capital.

Quisicuaba has implemented some thirty reinsertion and social assistance programs related to the empowerment of Afro-descendant women, single women with several children, people living with HIV-AIDS and the elderly.

This is one of the many initiatives currently being developed in Havana.  In La Lisa, "La muñeca negra" (The Black Doll) has had a positive impact on women without formal employment, many of them elderly, who say that their lives have changed socially and economically.

"ArteCorte", in Santo Angel, has also brought a change for many in that capital community, with the implementation of programs and activities for economic, social, cultural and environmental development.

In the rest of Cuba's provinces there are also numerous community projects that make a difference. In Cienfuegos we have, to cite just one example, "With the Light of Colors", in the municipality of Palmira, which has influenced the spiritual life of the inhabitants of that territory through art, and that with the arrival of COVID 19 changed its activities and joined the fight against the virus.

"Sin barreras", in Mayabeque, seeks to improve the quality of life of people with disabilities, while in the province of Granma we have "Talento en mi barrio" to promote the practice of sports and the prevention of diseases.

Defending our identity and values, promoting local development and raising the quality of life of citizens with new opportunities and the beautification of communities is the goal of these projects, which have changed the lives of many people.