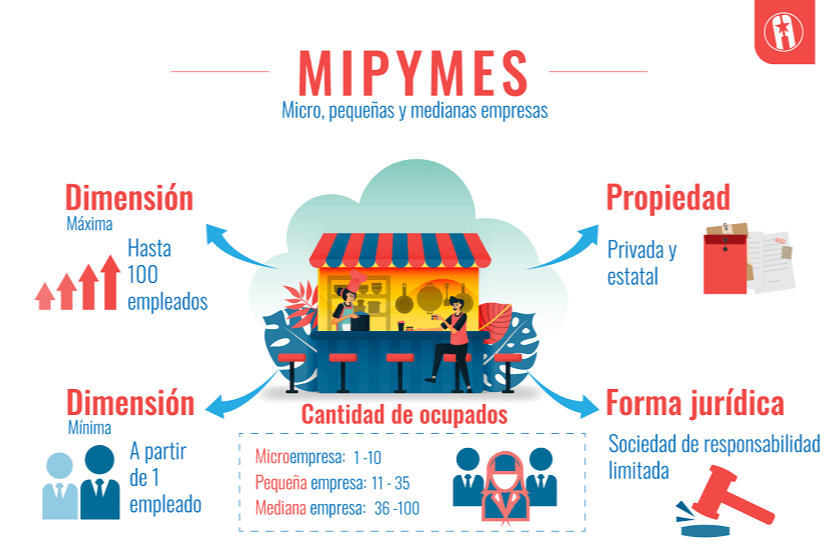 Since last year, new players are present in Cuba's economic scene; they are MSMEs, micro, small and medium-sized enterprises, and non-agricultural cooperatives, which are part of the transformations taking place to boost the country's development.

The Ministry of Economy and Planning has approved more than four thousand of these businesses, called to contribute to the recovery and revitalization of the economy, which has been seriously affected by the more than 200 measures adopted by the administration of the now former President Donald Trump.

The more than two years of the COVID-19 pandemic also slowed down the country's growth. It was necessary to allocate substantial resources to deal with the virus, in addition to the fact that many productive activities decreased due to the lack of raw materials, due to the paralysis of international trade.

In the midst of this context, these forms of management are gaining ground, supported by the adoption of new government provisions that seek to eliminate obstacles and expand their presence in the nation's economic life.

In this way, MSMEs and cooperatives can import and export, and although at first this activity was carried out through Cuban state-owned companies, some of them can now do it directly, which streamlines operations of this type.

The importance that the authorities attach to these new economic actors is evidenced by the fact that several of their representatives are part of the Cuban trade delegation to the HUB Cámara Santo Domingo 2022 multisectoral exposition.

This is an opportunity for Cuban entrepreneurs to exhibit their products and services at this fair in the Dominican Republic, considered one of the largest in the Caribbean, from today until the 8th.

It will also make it possible to broaden their knowledge through conferences on topics of general interest and participate in business rounds with local and international buyers.

Participation in this regional event will open new perspectives for these forms of management, which already have a palpable impact on job creation. According to information, thousands of jobs have been generated and the number of people hired by these businesses exceeds 101,340.

Although the state enterprise has the greatest weight in the fundamental economic activity, MSMEs and non-agricultural cooperatives are an essential part of the Cuban government's strategy for economic growth and the satisfaction of the population's needs.