Referendum at the end of a process of broad democratic participation 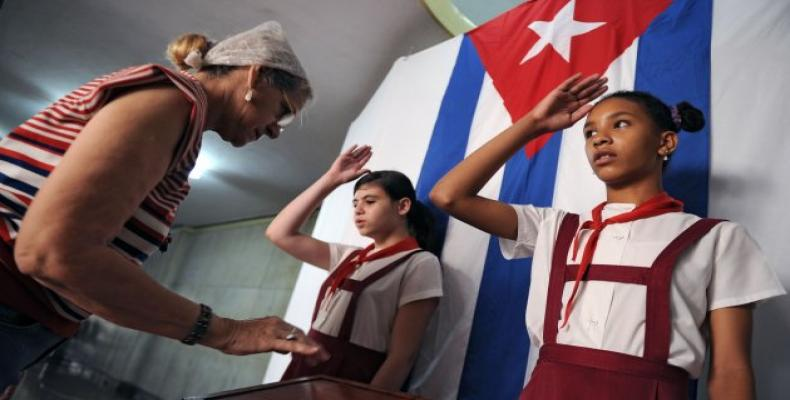 Cubans exercise this Sunday the right to vote in the referendum on the Family Code, a regulation previously assessed in a popular consultation in communities and in the parliament.

Cubans exercise this Sunday the right to vote in the referendum on the Family Code, a regulation previously assessed in a popular consultation in communities and in the parliament.

Citizens cast their free, direct and secret vote to comply with what was agreed by the National Assembly of People's Power and thus culminate a democratic exercise on the Code.

Although here the vote is not legally binding, it has a moral connotation and for that reason Cubans are characterized by their massive turnout at the polls to determine, for example, who will be the delegates to the Municipal Assemblies of People's Power.

Voting in the largest Antillean Island is free and citizens go to vote because they feel part of the State.

In addition, it is considered equal because individuals have the right to a single pronouncement, with analogous value, regardless of race, religious faith or political position.

Everyone goes to the polling stations of their demarcation with the guarantee of reserve, since the suffrage is direct and in the case of the election for the Popular Power this manifestation contributes to determine an authority.

In relation to the new Family Code, those attending the consultation have two alternatives before them, to approve it or NOT.

On the document they have read, debated and listened to explanations of experts and even to arguments with points, in free exercise of the opinion.

At the end of this process, the referendum is crucial because although the precept has already been accepted by the parliament, the Electoral Law establishes that in this type of consultation the citizens express, ratify, approve, modify or repeal a legal provision.

As a guarantee that the popular expression rests in the ballot boxes, these are sealed at the end of the turnout of citizens and subsequently the public recount is made.

Thus, in the referendum on the Family Code, the observance of legality, inherent to a Constitution through which power is exercised, is once again made concrete.

It is to be hoped that Cubans will responsibly exercise their prerogative to express their vote on an inclusive document that concerns everyone and does not detract from anyone's rights.

In moving towards the referendum on a Code that proclaims All Rights for All, Cuba has moved along the path of greater democratic participation.