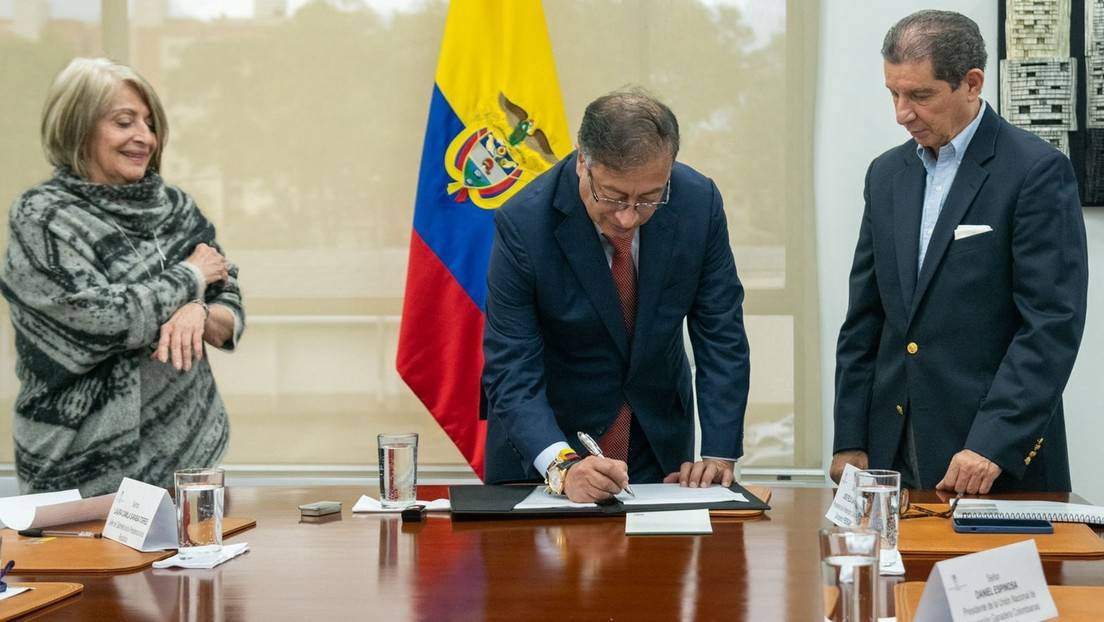 The Comprehensive Rural Reform is a neuralgic and unfulfilled point of the peace agreement, signed in 2016 in Havana between the government of then President Juan Manuel Santos and the once guerrilla Revolutionary Armed Forces of Colombia-People's Army (Fuerzas Armadas Revolucionarias de Colombia-Ejército del Pueblo).

Santos' predecessor in the Casa de Nariño, Iván Duque, made no progress during his 2018-2022 term in the implementation of this important issue, called to carry forward the transformation of the countryside, create conditions of well-being for the rural population and contribute to a stable and lasting peace.

Duque, who always criticized the peace agreement, did not have as a priority in his agenda the delivery of land to landless peasants, technical assistance, the development of productive projects and facilitating credits to rural families.

In the last four years, the peasants have also been waiting for the government to provide public goods and services to which they had no access, such as health, education, housing and electricity.

The arrival to power of Gustavo Petro has opened a new possibility for the countryside and the fulfillment of what was agreed. In the last few days, the new executive reached an agreement with Fedegán, the Colombian Federation of Cattle Raisers.

The pact guarantees the purchase by the authorities of three million hectares of land from cattle ranchers, to be destined to peasant families who do not have this resource or who do not have enough.

José Félix Lafaurie, president of Fedegán, highlighted the fact that the government included them and did not decide to move forward with the reform without the cattlemen or against them.

The conciliatory, dialogue and inclusive stance of the president has been decisive, in the opinion of many, to reach a historic pact with a sector, which was among the biggest opponents to the peace agreement and Petro's presidential campaign.

The government is also working on land titling, with more than 600,000 hectares already completed, while the Special Assets Society, which will lease 125,000 hectares to peasant organizations, is in process.

Only two months have passed since Gustavo Petro became president of Colombia, and in that short time concrete steps have been taken to advance towards a real and complete peace in the South American nation, where the problem of land and poverty in the countryside was one of the triggers of the armed conflict.