The arrival of Cuban internationalists was decisive for Angola 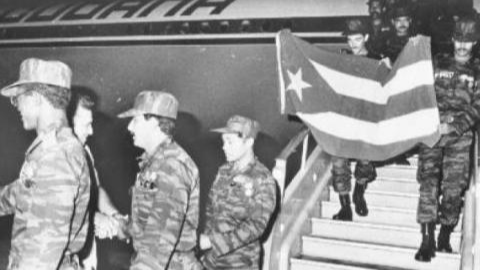 Forty-seven years ago, a singular action linked Havana with Luanda, the respective capitals of Cuba and Angola, in the face of attempts by South Africa, the United States and mercenaries to thwart the independence of the Portuguese-speaking African nation.

Forty-seven years ago, a singular action linked Havana with Luanda, the respective capitals of Cuba and Angola, in the face of attempts by South Africa, the United States and mercenaries to thwart the independence of the Portuguese-speaking African nation.

In the capital of Cuba, Comandante Fidel Castro was leading a tense and agitated meeting.

In the end, it was decided to transfer combat units to Angola, besieged at various geographical points by mercenaries and elements armed by the CIA, the Central Intelligence Agency of the United States.

The reports received in Havana showed an embarrassing situation as Angola's sovereignty was in danger.

In view of this, the Cuban government responded affirmatively to the request for help sent by Agostinho Neto, leader of the MPLA, Popular Movement for the Liberation of Angola.

By responding to such request, the largest of the Antilles highlighted the internationalist character of the Revolution and its attachment to the traditional friendship with the African peoples, from where slaves, one of the tributaries of nationality, arrived in the Caribbean nation.

The displacement of Cuban combatants, up to a total number that eventually reached 300,000, was called Operation Carlota, the name of a slave who revolted during the Spanish colonial period, exactly 132 years before November 5, 1975.

As was to be expected, the United States rejected the sending of the Cuban internationalist troops, diverting attention from its role in the training of the puppets who were arrayed against the independence of Angola and its collusion with the South African apartheid regime.

South Africa was the mainstay of Angola's enemies and later participated directly in the efforts to encircle the country.

But the alliance between Cubans and Angolans managed to thwart the plans of Pretoria, the United States and the Zairean regime, to guarantee the victory of Neto's followers and also the subsequent liberation of Namibia and the successive capitulation of the segregationist regime.

Thanks to Operation Carlota, Angola was able to proclaim independence on November 11, 1975.

At present, its people and government are trying to steer the country towards development, without forgetting their gratitude to Cuba for the aid, materialized today in the civil sphere.