And Now... End the Blockade! 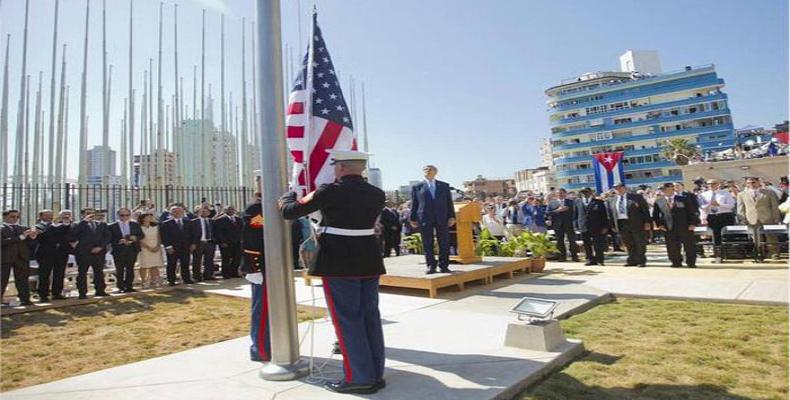 As of this Friday, with the official re-opening of the US Embassy in Cuba, the first phase of the long and complex process of
rapproachment and normalization of bilateral links between the two nations closes, and a new way is opened, whose priority will  be the struggle for the elimination of the US blockade of the Island, the return of the occupied territory in the Guantanamo Bay area and the end of all aggressions against the people of Cuba and their Revolution.

True enough, the opening of Embassies in the respective capital cities allows for conducting new forms of dialogue and cooperation in
sensitive areas, either between the two countries and for our continent in general.

Such issues as the fight against drug trafficking and the trafficking of people, as well as cooperation against terrorism: the protection of
the environment and of public health, scientific research and in academic exchanges, are now more feasible.

But as Cuban President Raul Castro said in his historic speech of December 17th last year, on the reestablishment of diplomatic
relations, the main contradiction between Cuba and the United States, is the economic, commercial and financial blockade of Cuba – which has not yet been lifted.

Even though the definitive abolition of this aggressive policy is the hands of the US Congress, President Barack Obama can make use of his
Executive powers to substantially modify many of those aggressive measures.

In his hands rests the solution of this aggressive policy.