Title I of Helms-Burton: a ”straight-jacket” for U.S. policy on Cuba 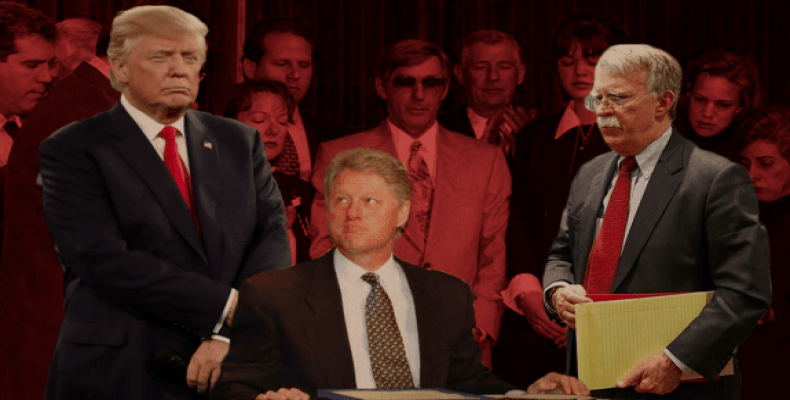 Title I --the first of the four titles in which the Helms-Burton Act is divided-- has been regarded by experts and critics alike as a ‘straight-jacket’ for Washington’s Cuba policy.

This first title again lists a long catalog of U.S. sanctions and threats against Cuba, that in many cases reaffirm or extend already existing measures. However, of particular importance is the fact that Title I codified the blockade, making it an explicit law.

Having previously been a set of Executive Orders, the President had the ability to shape and transform the blockade as he saw fit, but title I of the Helms-Burton removed that ability.

In legal terms, this means that it is the U.S. legislative branch - that is Congress - and not the President-- who can lift these sanctions, which politically speaking, entails a much more difficult process.

If in the political system of the U.S., foreign policy had usually been the domain of the President, Title I of the Helms-Burton law marked an enormous transfer of political competence away from the Executive and to Congress, thus strongly reducing the possibilities for any President to change the course of U.S. policy towards the neighboring Caribbean state.

Under Title I of the Helms-Burton law, the President is only permitted to suspend the economic blockade if a so-called transitional government in Cuba receives official recognition from the U.S. Congress.

And of course, by a “transitional government” Washington means a puppet government that serves not Cuba’s but U.S. interests, one which dissolves Cuba’s State Security apparatus, and takes what politicians up there in Washington consider “appropriate” steps to return to U.S. citizens or their descendants assets that were nationalized in Cuba after January 1, 1959, regardless of whether or not they were U.S. citizens at the time of the nationalizations.

About this ”straight-jacket” for U.S. policy on Cuba established by Title I of the Helms-Burton law, William Leogrande, former Dean of the American University School of Public Affairs and a specialist in Latin American politics and U.S. foreign policy toward Latin America, wrote in 1997: ”Although the provisions contained in Title III and IV of Helms-Burton have received the most press attention because of their potential for diplomatic mischief, the bill’s most important title is the one that writes the U.S. economic (embargo) into law.

Leogrande, coauthor with Peter Kornbluh of the book “Back Channel to Cuba: The Hidden History of Negotiations between Washington and Havana,” further charged: ”Apart from his ability to suspend these provisions of Helms-Burton, Clinton and any other U.S. President after him is left with almost no discretion in formulating U.S. policy towards Cuba.”

But the Helms-Burton law does not even promise an end to the blockade in return to a Cuban government fulfilling all the above requirements and pledging to Washington’s dictates. Instead, the construction of the law itself implies that an only gradual lifting of sanctions will be used, as a mechanism to influence and control the Cuban government for quite some time, even after the Revolution and the one-party-state are gone.