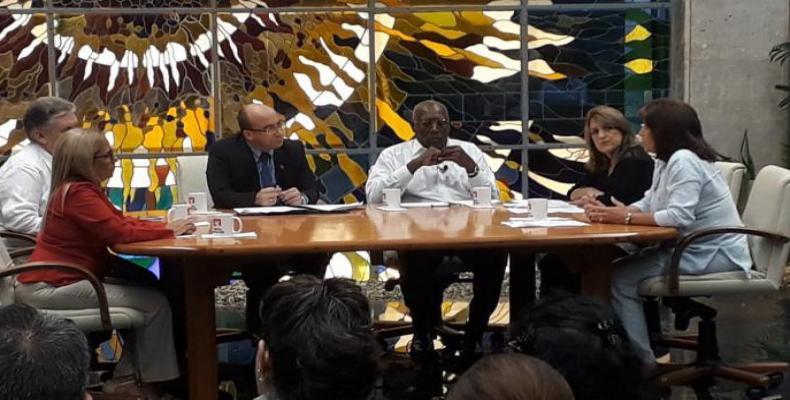 The government of Cuba has announced new economic measures that are designed to capture foreign currencies in order to increase national production of electric-domestic products and auto accessories and to better satisfy the internal demand for said products. The measures were explained to the people in a special two-hour edition of the nightly news program, La Mesa Redonda, in which participated: Vice President Salvador Valdés Mesa as well as the Minister of Economy and Planning; the Minister of Finance and Prices; the President of the Central Bank of Cuba; the Minster of Domestic Commerce; and the First Vice President of Cimex Corporation, a Cuban import-export company; and the Minister of Foreign Commerce and Investment.

And the measures include the sale of electronic domestic items and auto parts and accessories, including electric motorcycles, in foreign currency stores established for the purpose, in which the purchase must be made with debit cards of a foreign currency bank account in Cuba. The plan projects the opening of 77 foreign currency retails stores, but in the initial phase, twelve stores in Havana and one in Santiago de Cuba will be established. Some items, in general the more economical items, will continue to be sold in CUC (Cuban Convertible Peso) retail stores; but other items, which are not presently available in the Cuban retail market, will be designated for foreign currency stores.

Meisi Bolaños, Minister of Finance and Prices, asserted: “These measures of course require the adoption of other measures in the financial and prices sector in order to guarantee their sustainability. We are talking about mechanisms that will contribute to improving efficiency and the efficacy of production processes and which will ultimately impact product prices.”

Another measure is designed to increase the efficiency of importations. Natural persons, including self-employed persons, will be able to solicit an importing company for the importation of a particular equipment or merchandise. Eleven importing companies have been authorized for such transactions.

The plan includes price controls and a system of monitoring of prices, in order to maintain stability in prices. It is expected that the measures will generate a reduction in retail prices, in both CUC and foreign currency retail stores.

The new economic measures will be implemented in stages. The establishment of foreign currency accounts in Cuban banks by natural persons begins on Monday, October 21.

The combination of measures seeks the expansion of national industrial production, resulting in more employment and higher income; the reduction of retail prices; and the reduction of irregular and illegal importation and distribution.