Cuban scientists on the frontline, waging all-out war against Covid-19 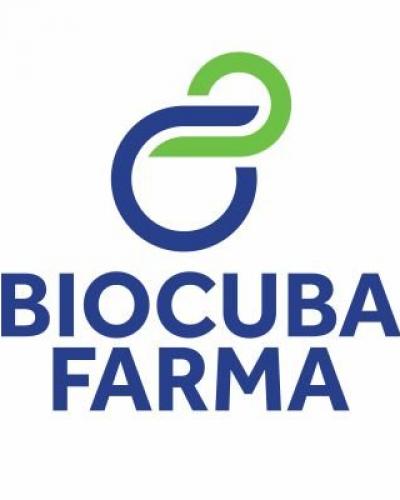 This past April 9th marked 100 days since the World Health Organization (WHO) was notified of the first cases of “pneumonia with unknown cause” in Wuhan, China. And as the WHO director-general the Dr. Tedros Adhanom said this past week: ‘It’s incredible to reflect on how dramatically the world has changed, in such a short period of time.’

Today, 182 countries worldwide report confirmed cases of Covid-19, health systems are overwhelmed and/or collapsing and the disease claims tens of thousands of lives every day.

-What are the most effective measures to contain the spread of Covid-19,

-What’s the best diagnostic method, when and how it should be applied,

-When will a Covid-19 vaccine be available

Never before, analysts say, have so many of the world’s researchers focused so urgently on a single topic.

Cuba is certainly not the exception. The country’s BioCubaFarma Group is currently working on 15 research projects to contribute to the fight against the Covid-19. While six of those projects target patients, people who are already infected, another six correspond to prophylactic medication to be administered to vulnerable population and at-risk groups. Two diagnosis methods and one medical equipment complete the list of the new Covid-19-related research projects.

We should note here that all research projects in Cuba seek to improve both, the country’s epidemiological situation and the provision of health care services to the population.

All these research projects speak of the capacity of the Cuban scientific community to confront the current pandemic and respond accordingly, based on the country’s accumulated experience. In fact, the Cuban medication Interferon Alfa 2B, which is being widely used to treat patients in the early stage of the disease, was one of the first drugs produced by the Cuban biopharmaceutical industry several decades ago to stimulate patients’ immune response to respiratory disease.

Innate or natural immunity is the body’s first line of defense against infectious diseases. It thus plays a key role in the evolution of Covid-19. In most patients, the viral load weakens the body’s immune response, leading to pulmonary disease. In patients with pre-existing health conditions, the huge viral load generates what is known as pulmonary hyperinflation, which could lead and in fact, has led to some patients’ death.

The logic behind the Cuban strategy is that by strengthening the immune system in vulnerable population and at-risk groups, if infected with the virus, they develop only mild symptoms of the disease. A second objective is to reduce the viral load in the early stages of the disease so as to prevent patients from developing pulmonary hyperinflation. And a third objective is to reduce the pulmonary hyperinflation in those patients who develop it. The overall aim of this strategy is to reduce to the minimum the number of patients in critical and serious condition, as well as the mortality rate.

Five new products of the Cuban biopharmaceutical industry that boost the immune system are being studied to be applied as prophylactic medication in vulnerable population and at-risk groups.

Together with Interferon Alfa 2B, Biomodulina T, a product of the Center for Bio-preparations (Biocent) is another medication being used in people over 60 to stimulate their immune response.

There is also the CIGB 2020, an immune potentiator developed by the Center for Genetic Engineering and Biotechnology, which is currently under clinical trials. And there is also a vaccine candidate, developed by the Finlay Institute, from components of the Cuban meningitis vaccine. Those specific components stimulate the patients’ immune response, thus strengthening its capacity to fight the virus.

The Center for Genetic Engineering and Biotechnology is also immersed in the research of a vaccine to induce protective immunity. Although in the early research stages, this is a promising project, given that it will be needed to confront an eventual resurgence of the Covid-19 in the future.

Undoubtedly, the Covid-19 pandemic has brought to light, for everyone to see, the strength of the Cuban health care system -- one of the pillars of the socialist Revolution.

At a time when the health systems of so-called ‘developed nations’ are collapsing due to negligence on the part of their politicians in confronting the Covid-19 pandemic or the lack of human and/or other resources, Cuba is fully demonstrating what a small, blockaded nation can accomplish, when scientific development is placed at the service not of a wealthy elite, but all of society, to improve people’s health and wellbeing.