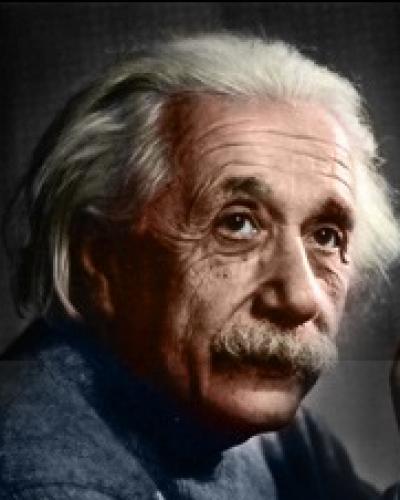 Researchers have created the first chemical compound that requires Einstein's theory of relativity to explain its behavior, thanks to the presence of a super-heavy element, according to Science magazine.

Super-heavy elements, with atomic numbers higher than 104, can be produced only by colliding lighter atoms together. They are radioactive and quickly decay back into lighter elements, making it difficult to study them in detail.

However, researchers insisted on combining them with other elements to make short-lived chemical compounds. Superheavy nuclei have so many protons that they are thought to accelerate orbiting electrons, making them travel at up to 80 per cent the speed of light. Einstein's theory of relativity says objects traveling this fast will become heavier, which should change the electrons' orbits.

So far, though, none of the compounds produced have shown relativistic effects. That is probably because they have all been made with covalent bonds, in which two atoms donate an electron to each other, so the outer electrons are too attached to be relativistically speedy.

Christoph Düllmann at the GSI Helmholtz Center for Heavy Ion Research in Darmstadt, Germany, and his colleagues have combined seaborgium, the 106th element of the periodic table, with six carbon monoxide molecules. This combination used metal-carbon bonds, which leave some outer electrons free.

Düllmann stated the compound lasted for about 10 seconds before the seaborgium decayed – just long enough for the team to measure its volatility and reactivity. These measures were similar to those for compounds of molybdenum and tungsten with carbon monoxide. These two elements sit above seaborgium in the same group of the periodic table. This behavior agrees with theoretical predictions only if relativistic effects are taken into account.

Now the team plans to test heavier elements, where the effects should be even more pronounced. "The goal of our studies is to find out if relativistic effects change the chemical properties of the super-heavy elements," underlines Düllmann.