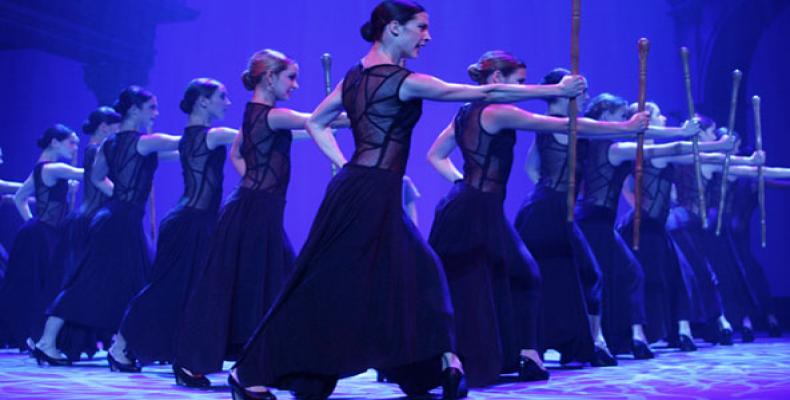 The choreographer and director of Lizt Alfonso Dance Cuba -the only Cuban company capable of performing at the Latin Grammy awards ceremony, and very much reserved when making such comments, couldn’t do more than expressing her satisfaction at the audience’s reaction toward the ensemble’s show Cuba vibra!  «The audience really knows about dance and applauded when they found good choreographic solutions or when variations with technical difficulties were adequately executed …, and then one ovation came after the other», she wrote in a message.

«Since we began, our spectators who packed the Auditorium Theater at Roosevelt University immediately connected, and the energy stepped up and up as the show went through. Towards the end, as if they had springs, all the audience stood up in a standing ovation until the curtains went up. If it had been up to them, they would have kept clapping hands and dancing, because they were moving without stopping. Our energy is contagious!

To be in line with current times, Lizt filmed with her phone the audience’s welcome to the ensemble during LADC’s third visit to Chicago, and share her joy with its followers on the social networks (https://www.facebook.com/LiztAlfonsoDanceCuba), which she will do in days to come. LADC’s next stop on its ninth US tour will be Detroit, Michigan, where Cuba Vibra! is scheduled to go to the stage of the Music Hall Center for the Performing Arts on Nov 9 and then to the Rialto Center for the Arts in Atlanta, Georgia, on the 10th. The company’s last presentations are set for the Performing Arts Live of Iredell in Statesville, North Carolina on Nov 12 and the Cal Poly Arts in San Luis Obispo, California, on the 15th.