The Real Story of the Cuban Five in California 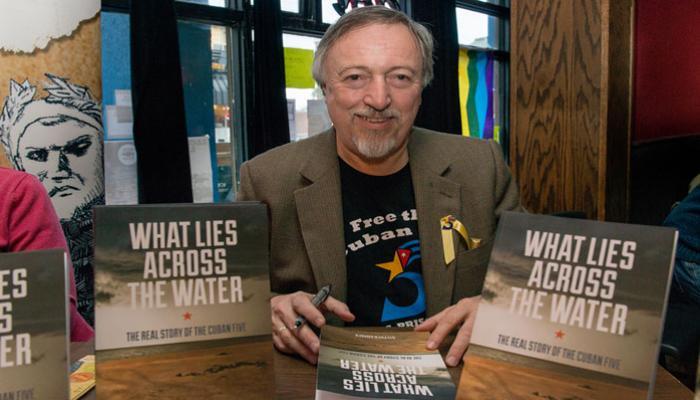 Canadian editor and writer, Stephen Kimber, will tour the northern part of the US State of California to promote his most recent volume What Lies across the Water: The Real Story of the Cuban Five.

Following successful presentations in the US east coast in September, 2013, Kimber will tour the San Francisco Bay area from February 25 through March 5, where he is scheduled to talk about the book and the case of the Cuban Five in universities and community based gatherings.

The book, described by experts as one of the best works written about the case, delves into the events that led to the arrest in Miami of the Cuban Five on September 12, 1998, including Gerardo Hernández, Ramón Labañino, Antonio Guerrero, Fernando González and René González.

The author did an extensive research on thousands of documents related to the process of the Cuban Five, whose mission was to supervise and follow the criminal plans and actions against the Cuban People by extreme right wing Cuban American groups based in Florida.

Fernando González will have served his entire sentence of 17 years and nine months on February 27, 2014, when he will be transferred to an immigration jail (he is not an American citizen) until his deportation to Cuba.