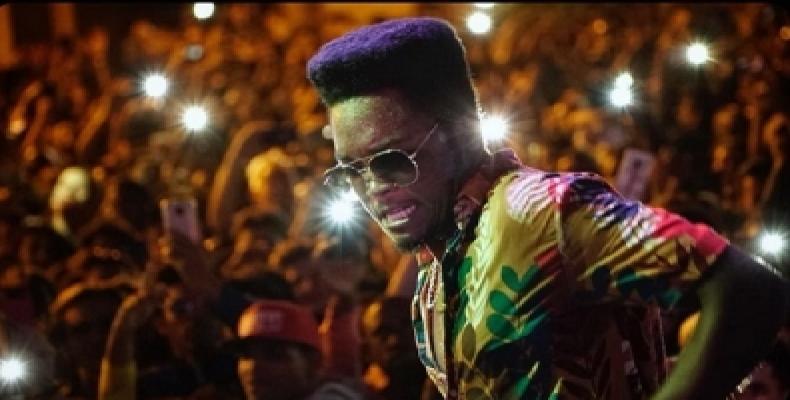 New York, August 26 (RHC) -- Cimafunk arrived in Central Park to give a concert Sunday evening to promote his new album Terapia (Therapy). Along with the album’s songs, the Cuban performer sang various pieces, on which he is currently working to, as he said, have fun and see how people like them, according to Prensa Latina news agency. Paciente, Me voy and Ponte pa´ lo tuyo shook New York Central Park’s Summer Stage, one of the city’s iconic sites, where Cimafunk performed last night. Eric 'Cimafunk' also presented tunes of new productions that follow the formula which brought him to fame, a mix of Cuban rhythms and funk.

Cimafunk shared the stage with La India who sang her greatest hits, such as Vivir lo nuestro, and paid tribute to Cuban musical tradition with El Yerbero. The Cuban performer told Prensa Latina news agency that sharing the stage with the Puerto Rican singer was another happy moment of his performance in Central Park.

In January, the outstanding young artist was one of the Latin performers who the US magazine Billboard recommended to listen to in 2019. In March the young relevation of Cuban music took a tour of various cities of the United States, including New York, and received both critics’ and audiences’ acclaim. He made his debut in the northern country at the SXSW Music Festival in Austin, Texas, where important names of the US music industry became interested.