Silvio Rodríguez will participate in the International ‘Trova’ Festival in Mexico 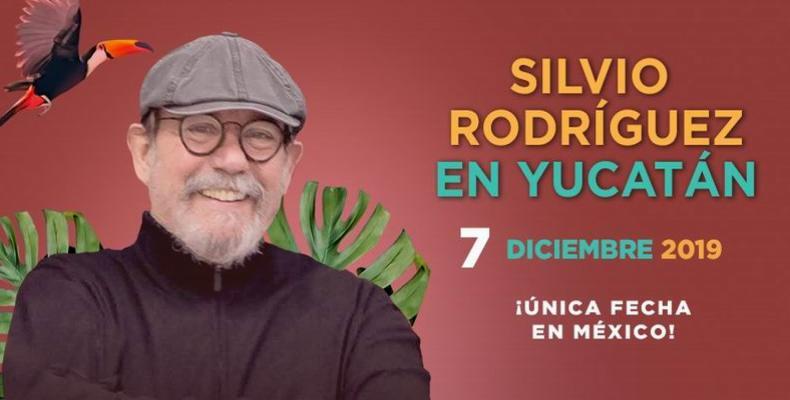 Havana, October 12 (RHC) - Silvio Rodríguez will perform in Merida, Yucatan, as a guest of the International ‘Trova Festival’ at a concert on Saturday, December 7. The venue will be Paseo de Montejo, home of the International Trova Festival in the city. In his concert, the troubadour will be accompanied by Niurka González, Jorge Aragón, Jorge Reyes, Emilio Vega, Oliver Valdés and the group Trovarroco, made up of Rachid López and Maykel Elizarde. Five thousand tickets will go on sale, while another fifteen thousand tickets will be distributed free of charge.

Silvio Rodríguez has composed more than 500 songs and is known throughout the Spanish-speaking world, the United States, Europe and Africa. In his career he has influenced the thinking of multiple young generations. Rodríguez stays in the taste of young people, considered a great challenge for all composers, musicians and performers. Silvio, as he is known in Cuba and worldwide, is one of the founding members of the New Song Movement that emerged in the 1960’s and created a new way of composing and singing socially and politically-committed tunes.