Fiesta de la Cubanía kicks off in Bayamo on Thursday 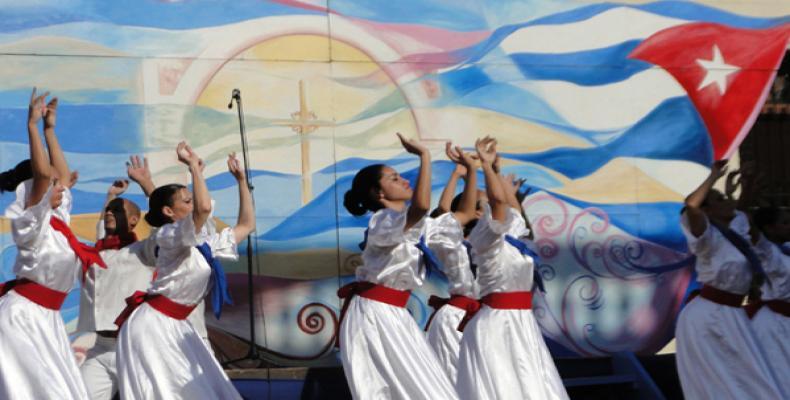 Bayamo, October 16 (RHC) – La Fiesta de la Cubanía or Fiesta of the Cuban Spirit, the most important theoretical event on the Cuban nation’s identity, will begin on Thursday in the eastern city. Prestigious intellectuals and Cuban academics will participate in the gathering, which this year will pay tribute to Bayamo poet María Luisa Milanés, who passed away in October, 1919. The event will go through October 20, the day that marks the 151 anniversary of the public interpretation of Cuba’s National Anthem, considered the Day of Cuban Culture.

Organizers say that during the celebration a sculpture of important Cuban musician Elio Revé Matos, (1930-1997), will be unveiled at the wax museum, increasing the number of such statues in the cultural institution to 23. Likewise, the program includes the presentation of the latest version of the book Los silencios quebrados de San Lorenzo (The broken silences of San Lorenzo) by Rafael Acosta de Arriba, which will be launched at the Crisol de la Nacionalidad Cubana event. The book deals with the death in combat of Carlos Manuel de Céspedes, the patriotic Cuban sugar mill owner who started the first war of Independence against Spanish colonial rule, who is also called ‘The Father of the Cuban Homeland’.

The Fiesta’s 25th edition, which includes theater, literature, film, dance, fine arts, handicrafts, music and audiovisuals, will wind up with activities to mark the Day of Cuban Culture, for which a great show at the Bayamo Theater is scheduled, including the performance of several national culture figures, such as pianist Frank Fernández. On this occasion it will be also dedicated to the 150 years of the burning of Bayamo, to the centennials of filmmaker Santiago Álvarez and musician Benny Moré. The gathering also celebrates the 60th anniversary of the Cuban Film Institute –ICAIC- and 40 years of the composition of ‘A Bayamo en coche’ (In coach to Bayamo) by Adalberto Álvarez and the 25th of the Humor Promotion Center.