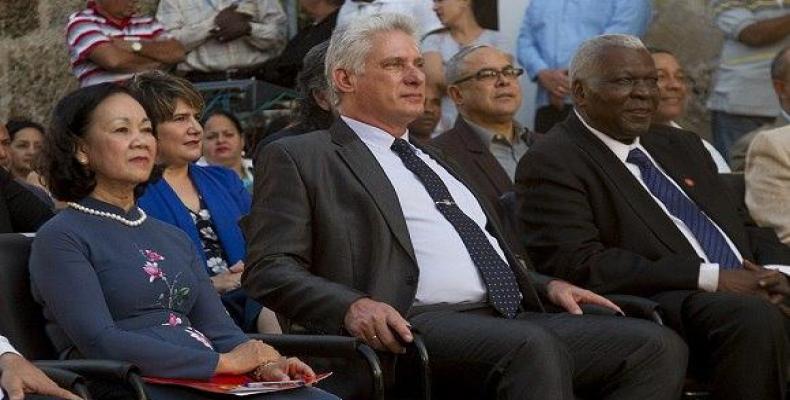 Heading the ceremony was Cuban President Miguel Díaz-Canel Bemurdez, the President of the National Assembly of People's Power, Esteban Lazo Hernández, and Truong Thi Mai, member of the Political Bureau and the Secretariat of the Central Committee of the Communist Party of Vietnam.

She heads the delegation from Vietnam, the guest of honor at the cultural event.

With an artistic gala and the presence of members of the delegation of the Asian nation, as well as other leaders of the Party and the Cuban government, the 29th edition of FIL Cuba 2020 was officially launched.