The AHS calls for holding Romerías de Mayo from home 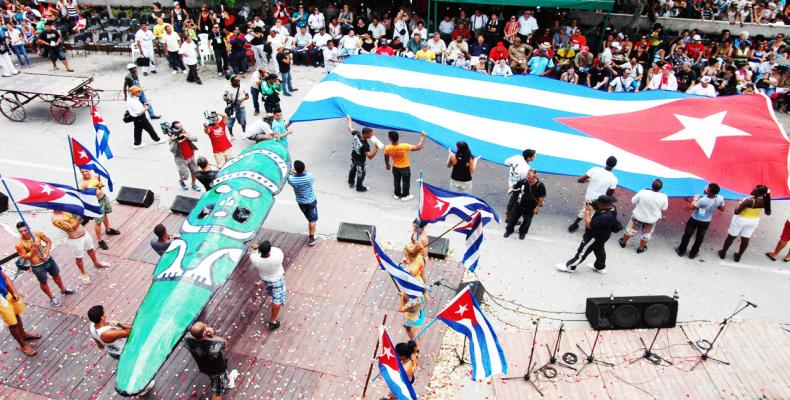 Havana, April 27 (RHC) - The Hermanos Saíz Association of young Cuban artists –AHS- has called for organizing Romerías de Mayo or May Pilgrimages from home, as a symbol of hope and life.

An organization statement says that it has become customary for the the Hermanos Saíz Association to hold  the World Festival of Artistic Youth, known as Romerías de Mayo, in cooperation with the Cuban Culture Ministry, its institutes and councils, from Mary 2 through 8, as well as with the collaboration with the Government of Holguín and the Provincial Culture Division.

Young writers, artists, researchers, promoters, volunteers, the organization’s Members of Honor and other people, are called to share images from previous editions, memories, songs, poetry, as part of an essence that is part of the soul from the AHS. The Romerías de Mayo Facebook page and the association’s profiles on the social media, as well as the Cuban Young Art Portal available at www.ahs.cu, will be sources of concerts, exhibitions, forum discussions, promotion materials. Thanks to the support of the Cuban Radio and TV Institute, the AHS will have many radio and television options and expects the support of the media, all of which will increase the scope of the new challenge for Cuba’s avant-garde young artists in the country.

The statement goes on to say that the future is what worries most human beings, therefore, the Romerías slogan, «Because there is no today without yesterday», will be changed for this edition: «Because there won’t be tomorrow without today» is the certainty of this time. They will be Romerías to convey messages for the common good, for the present and the future of humanity. The AHS hatchtags are: #RomeríasEnCasa, #ElArteNoPara, #ElArteSalva, #MantenteInspirado, #AHSCuba and #CubaEsCultura