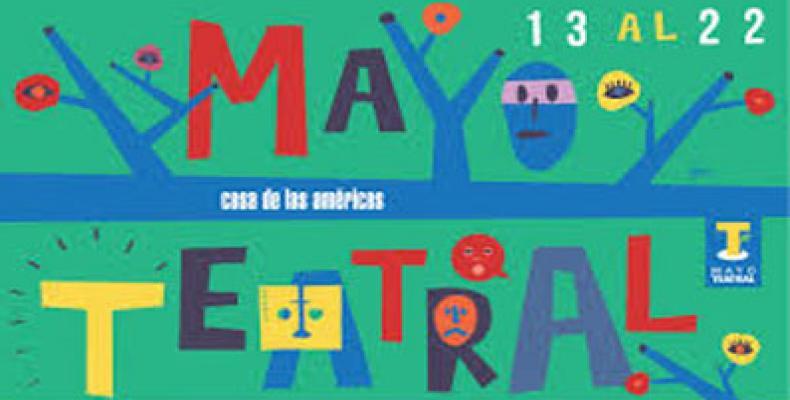 The Havana Latin American and Caribbean Theater Season has been postponed until 2021 due to the epidemiological situation in our region generated by the Covid-19 pandemic.

Originally set for May 22-31 this year, the event has been rescheduled for May 28 to June 6, 2021. Invited theater groups from across the region have already indicated their intention to participate in what will be the 11th edition of the Latin American and Caribbean Theater Season.

Mayo Teatral is a Latin American and Caribbean theater festival organized by the Theater Department of Havana’s Casa de las Americas cultural institution every two years. It is an important space where people can gather and interact, as it brings together some of the best and most dynamic stage works in the region today.

The pieces that make up the program are selected on the basis of their quality by the festival curators. The festival also organizes workshops, talks and opportunities to analyze the creative process, as well as a gathering of Latin American and Caribbean theater experts, where participants get to know one another and their works up close.

In addition, the event presents a selection of the best stage works premiered in Cuba.

Mayo Teatral came about as an extension of conferences organized by Casa de las Americas in 1998 and 1999. It has a threefold aim: to bring the Cuban public up to date on what is happening on the Latin American and Caribbean stage, through a selection of the best contemporary pieces; to give participants, particularly young people involved in theater, the opportunity to advance professionally through workshops offered by several, experienced theater directors, and to favor exchanges among different theater groups.