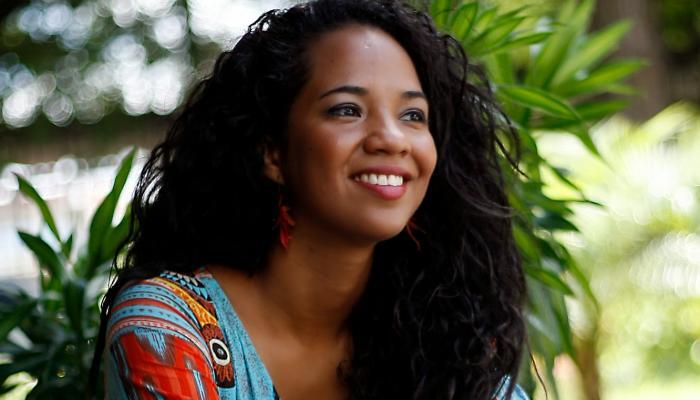 According to the artist, Voy means a new stage in her career, 'it is the work with which I have been most pleased so far, it weighs heavily on my conscience for the lyrics, melodies and arrangements, for reconciling me to my roots,' according to the Bonus Track promotion platform. The album was recorded in December 2018 during the release of the album at a concert in the capital's Mella Theater.

This concert made me learn from my own mistakes, I developed a lot out of intuition, it made me grow a lot as a director as well as a singer, said Eme, in charge of directing the audiovisual recording, which includes the 10 songs on the album that she licensed with the Recordings and Musical Editing Company (EGREM).

The album is nourished by multiple influences of the Cuban culture; the starting point is the project ´Para Mestizar´ on ethnological diversity conceived in Eme's previous record work. Months later and marked by the confinement and global uncertainty imposed by the SARS-CoV-2 coronavirus pandemic, through the release of the live album Eme has relied on the power of music and abilities to heal the soul.

The singer stated that the material was her present for ´all those forced to stay at home, who feel the experience of a live concert like Voy, which I have so much polished and pampered´. ´I want to remember in the future that it was released during difficult times and that it made my quarantine happier by working on it and its launch,´ she added. The concert is already available on the artist's YouTube channel, which will be joined today by other Internet music platforms.