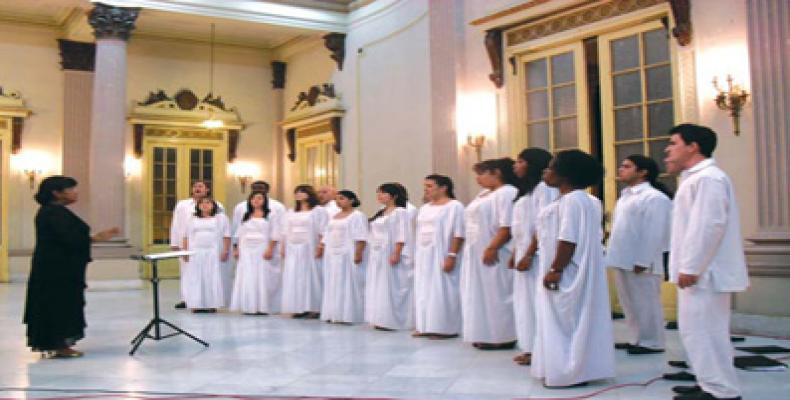 According to the Cuban website Cuba Sí, the Cuban choir was invited by the organizing committee to perform the President’s Concert -- the event’s closing concert, along with Formosa Singers –an internationally renowned choir from China.

The program of the concert included also emblematic tunes by Cuban composers, among them ‘Chan Chan’ by Francisco Repilado, and ‘El Manisero’, by Moisés Simons, as well as a choral version of the tune ‘Cachita’ by Puerto Rican Rafael Hernández, but inspired by Cuba.

Maestra Digna Guerra, National Music Prize laureate in 2006, announced that the two choirs she directs, Entrevoces and Coro Nacional, will participate online in the activities on Cuban Son Day, which will be celebrated for the first time this year on May 8th, after being instituted by the Ministry of Culture in October of last year.