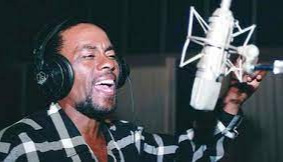 Fabré is undoubtedly one of Cuba's leading musicians, considered one of the most versatile and ingenious son musicians in all of Latin America, with remarkable improvisation skills. His improvisations have earned him a reputation as an artist of great charisma and authenticity. He is known to create a son from any given situation or expression.

This latest album "Pa’ que se vaya lo malo", is a varied production, in which besides son, other Cuban and foreign genres feature prominently like guaracha and cumbia.

Fabré made himself famous as the songwriter, arranger and main vocalist with "La Original de Manzanillo", which he joined in 1983.

Fabre formed his band, Candido Fabre y su Banda, in 1992. They have toured all over the world, particularly Europe, where they have been in demand, in countries like Britain, France, the Netherlands, Belgium, Austria, Germany, Portugal, Switzerland, Ireland and Spain.