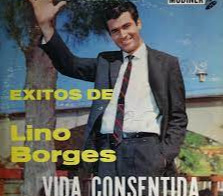 "Discoteca, sin tí" was written by Alexis Oliva and performed by Lino Borges.

The tune and the accompanying music video are now available on the YouTube channel of EGREM.

With over 50 years of artistic life, Lino Borges achieved stardom with the tune “Vida Consentida”, written by Venezuelan Homero Parra, which became an instant hit in Latin America and in other Spanish-speaking countries the world over.

Other tunes popularized by the renowned bolero singer include ‘La gloria eres tú,’ ‘Delirio,’ ‘Mil congojas,’ and ‘La vida es un sueño,’ among many others.