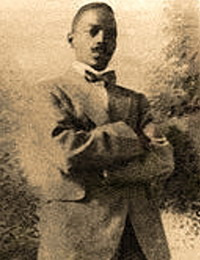 Camagüey, July 22(RHC)-- The Camagüey branch of the Association of Writers and Artists (UNEAC) has called the Patricio Ballagas Composition Contest. It is open to Cuban artists, residing in the country, who can submit up to two 5-minute works each, with guitar or piano accompaniment, Sergio Morales Vera, president of UNEAC in Camagüey province, said.

Morales Vera explained that the contest pays tribute to Patricio Ballagas, a composer and guitarist, considered an important innovator in trova music, who was born in Camagüey.

It serves also as a space created by UNEAC to encourage musicians, performers, authors and instrumentalists alike, representatives of both traditional and contemporary Cuban music and genres, to create.

A jury, made up of prestigious local musicians, will grant a Grand Prize, as well as prizes for Best Performance and Best Musical Accompaniment. The winning works will be included in a new album to be recorded at Caonao Studios of the Record and Musical Editions Company EGREM.

Organizers said the contest is also dedicated to other renowned composers born in Camaguey, José Marín Varona, Luis Casas Romero and Jorge González Allué, as well as to the 60th anniversary of both, UNEAC and Fidel Castro’s iconic speech ‘Palabras a los intelectuales’ (Words to Intellectuals), given by the Cuban Revolution leader in 1961.

The winners will be announced on August 22nd on the official website of UNEAC’s Office in Camagüey province and the institution’s platforms on social media.

Also in homage to Patricio Ballagas, musician Manolito Simonet, leader of Manolito Simonet y su Trabuco is currently immersed in the production of a tribute album under Colibrí label. It includes ten tracks –all of them tunes written by Ballagas.

‘Respóndeme’, ‘Inexorable’, ‘No quiero verte’, ‘A tiempo’ and ‘Designio’ are some of the titles being recorded at Caonao Studios of EGREM in Camagüey, arranged by maestro Manolito Simonet himself.