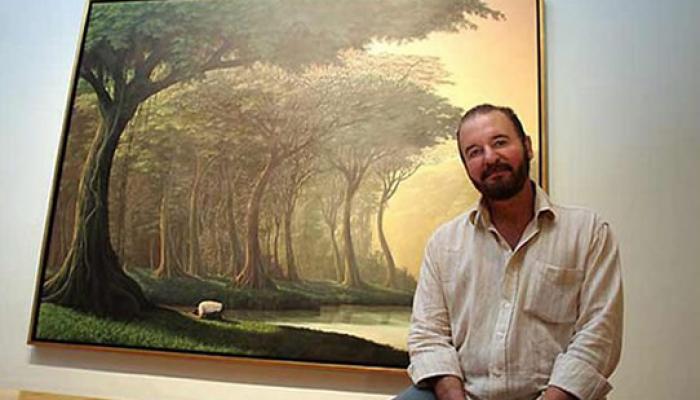 Eighteen digital large-format photos, out of the 26 that make up the entire exhibition, were presented at the Art Center of Cienfuegos, 250 kilometers southeast of Havana.
A marine environment was photographed by the artist in the Pacific Costa Rican coast and the Cuban northern coast, specifically in Peñón del Fraile, in the western province of Mayabeque. The painter, who lives in Costa Rica, intends to exhibit the photos in all Cuban provinces.

Sanchez has said that he is currently working up to 14 hours to complete 16 paintings of an exhibition with ecological theme that he will hold at the National Fine Arts Museum next year on the occasion of the Havana Biennial. In 1984 during the first Havana Biennial the artist was granted the National Fine Art Award, a prize that Sánchez added to others, such as the Joan Miró International Drawing Prize in Barcelona (1980), followed by other decorations in Cuenca, Ecuador, and Cali, Colombia.