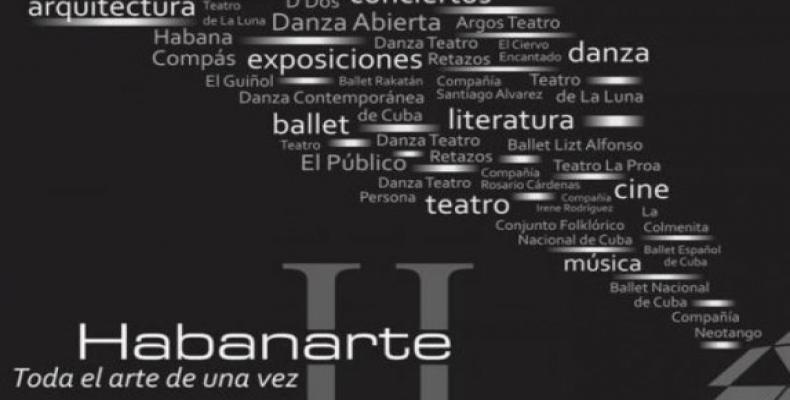 Some one thousand artists are scheduled to perform in almost a hundred venues in Havana at the Second Habanarte Festival, which started September 11th.

The most outstanding feature of the festival, promoted by the Cuban Culture Ministry, is the wide gamut of cultural forms involved in it, including music, drama, film, literature and visual arts Under the slogan "Todo el arte de una vez" (All Art at the Same Time), the art event is aimed at bringing art to audiences and turning them into active participant in art.

Several musicians and popular bands, such as Van Van, Descemer Bueno and David Blanco will perform in different night clubs and theaters, while the Cuban National Ballet Company, starred by prima ballerina, Viengsay Valdés, will dance from Friday 12 to Sunday 14 at Havana’s National Theater. More than a thousand visitors from around the world have confirmed their attendance to the festival that has already generated expectation among Cubans.