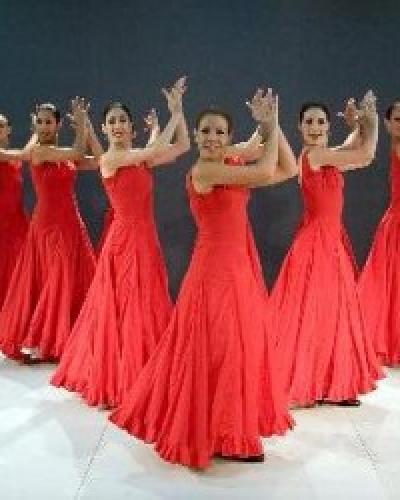 The experiences and emotions gone through during a recent tour of the Netherlands and Belgium by Ballet Lizt Alfonso Dance Cuba topped the agenda of a news conference held at its headquarters.

At the Havana press conference, the ensemble's director, dancers and musicians also shared views with the press on upcoming performances in Havana and the company’s new projects.

Journalists from Cuba’s most important media outlets, and radio and TV show directors took a first-hand look at the company’s most recent international experience that included thirty eight cities in the United Kingdom of the Netherlands, in which audiences gave standing ovations in each of the ensembles shows.

Once home work doesn’t stop, so the director announced performances in December at Havana’s Mella Theater with the show Ballet Lizt Alfonso Dance Company and its generations, On Stage!, which will combine the ensemble’s replacement vocational workshop dancers, the children’s and youth ballets and dancers from the company’s Dance Academy.

Another important moment within the work done by Lizt Alfonso Dance Cuba this year was to take its hit show AMIGAS all over Cuba, with critic’s and audience’s acclaim in the main theaters of Cienfuegos, Holguin, Santiago de Cuba, Granma and Matanzas.

About the new projects, Maestra Alfonso revealed that she is working on the creation of a new show, inspired by the contrast between LIFE and DEATH, on the revival of ALAS (Wings) and VIDA (Life) and her willingness to stage a long season of the musical AMIGAS next year in Havana.