International Visitors at FIART 2013 in December 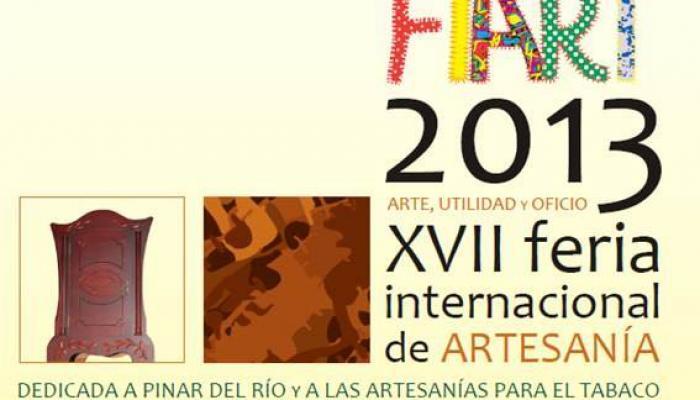 People who love to create things with their hands will be delighted as exhibitors from 16 countries are set to participate at the 17th International Handicraft Fair -FIART 2013- in Havana in December.

Scheduled for the Cuban capital’s San Carlos de La Cabaña Fortress, from December 6 through 22, the countries with the most participation at the fair are Peru and Spain. As usual, Cuban artisans will be the event’s main protagonists with the attendance of more than 200 exhibitors from all over the island, who will display a wide range of items.

Top on the cultural gathering will be exhibitions and sales, fashion shows, workshops, the launch of albums and audiovisual products, and concerts at the fortress’ moat and San Francisco Square. In the framework of FIART 2013, Children will also enjoy performances by the famous Cuban children’s theater company La Colmenita, a clown festival and other recreational options.

FIART 2013 includes the theoretical encounter “Handcrafting today: challenges, opportunities and prospects,” from December 10 through 13, with the participation of national and international experts. Winding up the event the FIART 2013 Awards will be presented to important artists for their entire artistic careers, to the best exporter, as well as prizes in different categories, such as best stand, best items, furniture and fashion show.

With 366 stands FIART will open its doors to the public on December 8th and it’s dedicated to the western province of Pinar del Río and pieces of handicraft related to tobacco and cigars.