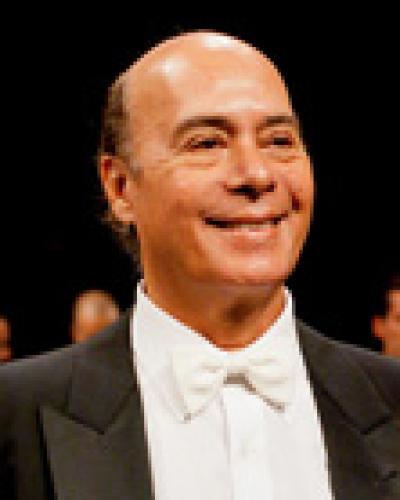 Havana’s Chamber Orchestra and its counterpart -Música Eterna- will join efforts to give a concert in Old Havana’s Saint Francis of Assisi Concert Hall to celebrate Guido López-Gavilán’s 70th birthday.

Directed by Daiana García, the concert’s special guest will be maestro Guido López-Gavilán’s son, renowned young Cuban pianist Aldo López-Gavilán. The program is made up of pieces by Aldo and Guido, in which they recreate the brilliant dynamism of traditional Cuban rhythms. De Cámara Traigo un Son, Cantos de Orishas and Camerata en Guaguancó, are some of the works that will be played by both small format groups.

López-Gavilán has received accolades in Latin America as an orchestra director and composer throughout his artistic career and awarded in several events on the island and abroad. Founder and director of the Música Eterna Chamber Orchestra, they have performed in Mexico, Ecuador, Colombia, Venezuela, Russia, Poland, Hungary, Romania and Bulgaria.

In 1999 López-Gavilán was a winner of the coveted Cubadisco Music Awards in the category of chamber music for his album Barroco Trópico (Tropical Baroque). His CDs also include Cuba and Puerto Rico, two composers: Guido López-Gavilán and Carlos Vázquez, and A Violin Sails the Antilles Sea.