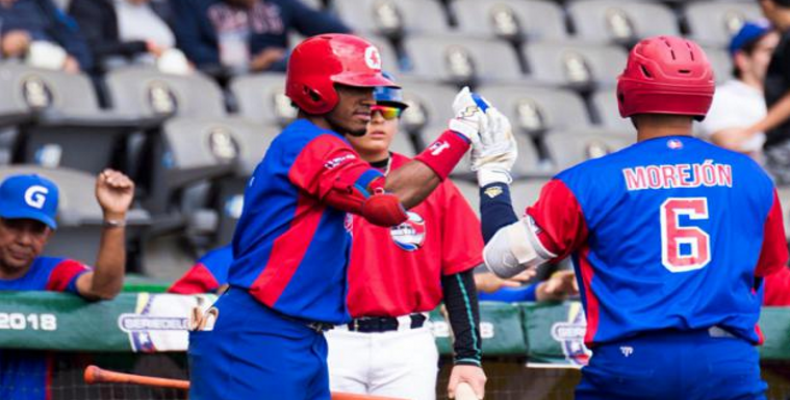 Guadalajara, Feb 9 (RHC) – Center fielder Roel Santos, of the Alazanes de Granma team, is the only Cuban who was included in the All-Star Team of the 2018 Caribbean Series held in Guadalajara, Mexico.

Santos had an average of 440 in the series, with 11 hits in 25 times at bat. His performance as outfielder was immaculate.

A native of Niquero, in Granma province, Santos played last year with the Chiba Lotte Marines, of Japan's professional league.

Roel Santos is known for his cheerful and aggressive style when running the bases. During the Series qualifying stage, he ranked fourth at bat with a 438 average.

Other Cuban hopefuls to the All-Star were Raul Gonzalez and Frederich Cepeda. The two exhibited an outstanding performance in the just ended Caribbean Series, but fell short of the number of votes from the press needed to make it.