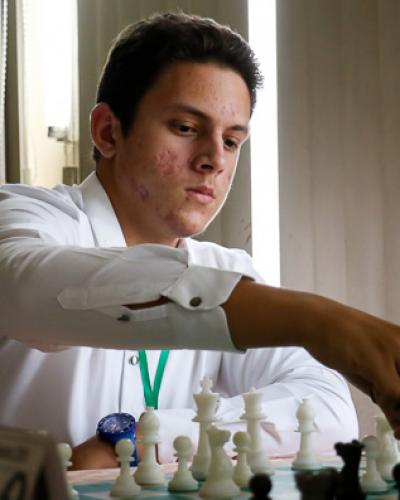 Havana, February 27 (RHC) The new talent of Cuban male chess, the IM Carlos Daniel Albornoz (2577), will make his debut on Wednesday with clear figures in the Young Masters of Switzerland facing the German GM Dennis Wagner, first in the ranks of the tournament with 2587 units.

The draw held Tuesday night determined that the young Cuban chess player,  born in 2000 in the central Cuban province of Camagüey, will play five games with white pieces and the remaining four with black.

In the tournament,  which will run until Thursday, March 7, Albornoz  will compete three Grand Masters, five International Masters and two FIDE Masters, from Germany, Russia, Austria, Cuba and the host country, Switzerland.

The rounds will be played from 8 30 in the morning of Cuba, except the ninth and last to start at nine am Swiss tiume.