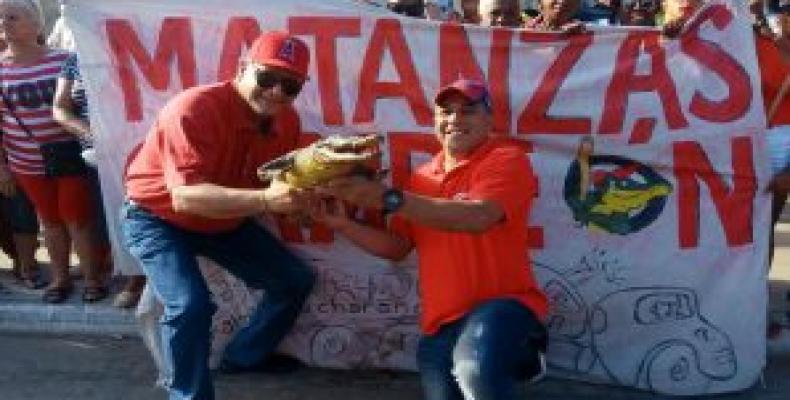 Havana, (RHC)-- Cuban President Miguel Diaz-Canel sent a congratulatory message via Twitter to the Matanzas Crocodiles, champions of this season of the National Baseball Series.

The National Baseball Series, won for the first time by Matanzas under that name, finished on the afternoon of January 18, when the Crocodiles defeated the Camaguey Bulls in 6 games.

Two different teams from the area of the province of Matanzas had won the title 5 times before this year, under the name of Henequeneros in 1970, 1990 and 1991; and under the name of Citricultores in 1977 and 1984.  The Matanzas Crocodiles were runners-up in the 2013 seasonn when they lost to Villa Clara and again in 2014 losing to Pinar del Rio.

Fans of the Crocodiles and people in general waited along the streets on Sunday for the team bus, that toured around several cities in the province.