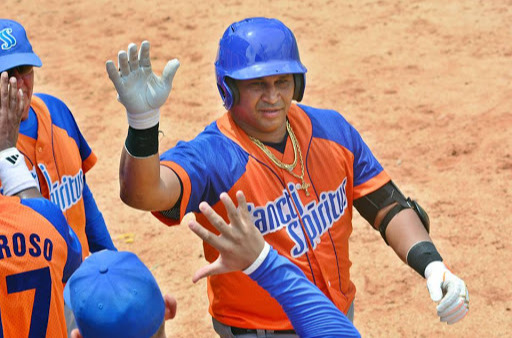 Granma and Sancti Spiritus on top of baseball season

The promising Geyser Cepeda hit two home runs and batted-in seven runs, and Yoen Socarrás pitched six innings with only one hit, to lead the victory by knockout for Sancti Spíritus, beating Las Tunas by a score of 13 to 1.

A five-run cluster in the first inning was decisive for Granma's victory over Santiago de Cuba with a 7 x 4 slate.  Los Alazanes hit 12 undisputed wins, including a fly-hit by starter Miguel Antonio González.  The veteran left-hander Leandro Martínez was the winning pitcher.

The current champions of Matanzas fell by a score of 11 to 5 against Villa Clara.

A ferocious offensive was again the formula of Cienfuegos to win 15 x 10 before Mayabeque.  Yusniel Ibáñez and Pavel Quesada led the party with three "rockets" per capita, while Adrián Bueno filed his sixth success. César Prieto hit two unstoppable hits and continues to lead the batters with an average of 405.

Ciego de Ávila was once again a rock on the road to Camagüey, as he was beaten 4x1 with excellent single-handed work by Luis Alberto Marrero and rescue by Yosvany Ávalos.