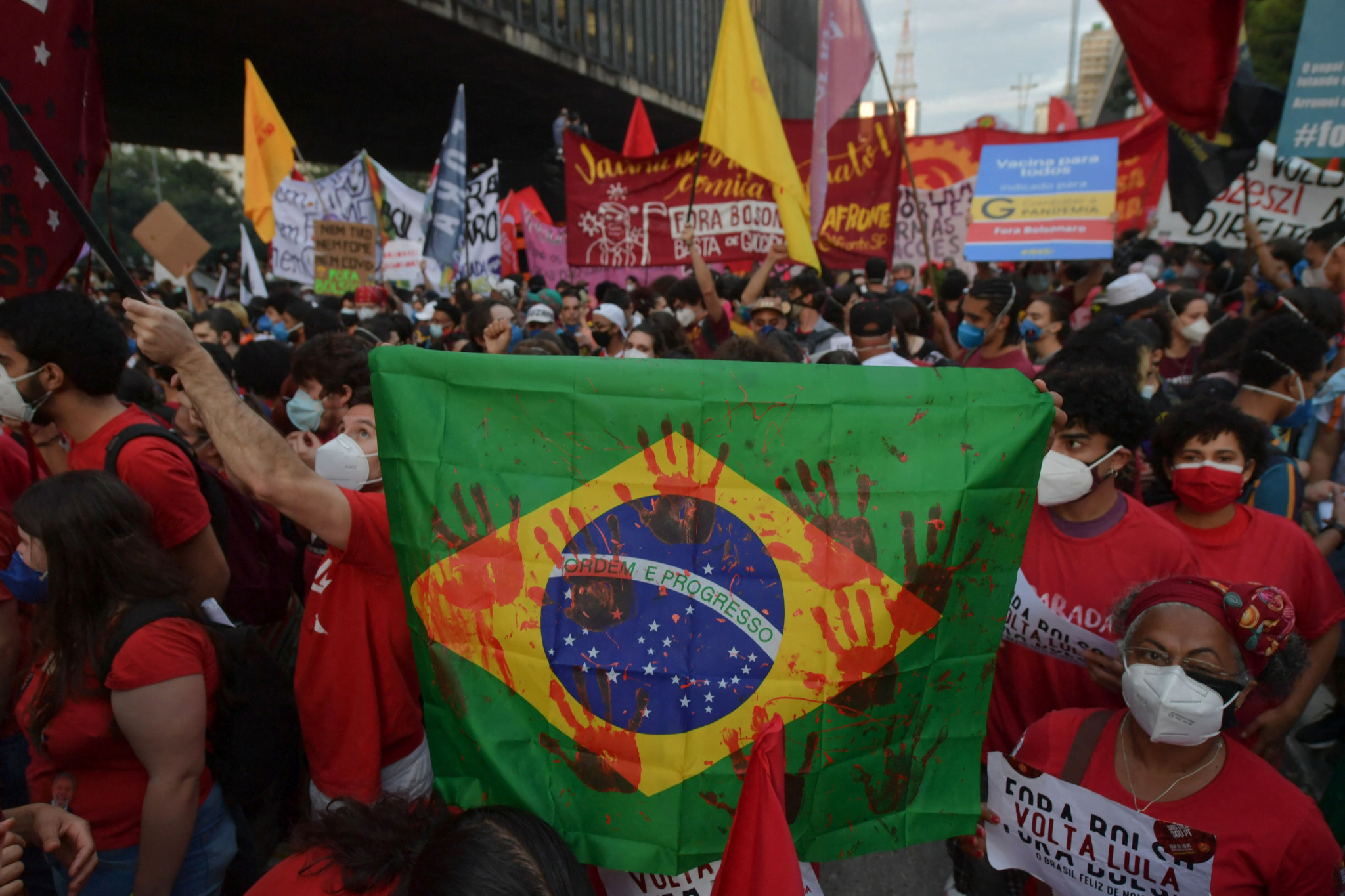 Brasilia, June 7 (RHC)-- Staff members of a Brazilian Senate inquiry into the country’s handling of the COVID-19 pandemic have called for the upcoming Copa America football tournament to be postponed, citing low vaccination rates and the risks of spreading the virus.

In a letter to the country’s football team on Sunday, the Senate commission staffers said only 10.77 percent of the population had received first doses of coronavirus vaccines as of Friday across Brazil.

The Senate commission in late April launched its investigation into far-right President Jair Bolsonaro’s handling of the pandemic, which has killed more than 472,000 people across the South American nation, according to Johns Hopkins University data.

“Brazil does not offer sanitary security for holding an international tournament of this magnitude. In addition to transmitting a false sense of security and normality, opposite to the reality that Brazilians are living,  it would encourage agglomerations of people and set a bad example,” the staffers said in their letter.

“We are not against Copa America in Brazil or anywhere else. But we believe the tournament can wait until the country is ready to host it.”

The staff members are the latest to raise concerns about plans to hold the international tournament in Brazil, as vaccination rates remain low and public health experts have warned about a potential new wave of infections.

Brazil was unexpectedly chosen last week to host the Copa America by the South American Football Confederation, CONMEBOL, after Colombia was forced to withdraw because of ongoing social unrest while co-host Argentina was ruled out amid soaring coronavirus infection rates.

Bolsonaro, a COVID-19 sceptic who has rejected calls to enact public health measures such as lockdowns to stem the spread of the virus, said “as far as it is up to me, and all the ministers, including the health minister, it is all decided”.

But questions continue to swirl about whether the tournament will go ahead, with some players and coaches raising concerns.

On Wednesday, Argentina’s coach Lionel Scaloni said: “Brazil is not the best place”, while Chile’s Uruguayan coach Martin Lasarte described the decision to play the tournament in Brazil as “a huge, giant risk”.

The World Leagues Forum (WLF), which represents more than 40 professional leagues and their clubs, also said in an open letter to FIFA and the South American Football Confederation (CONMEBOL) on Saturday that South American players should be allowed to opt out of playing in the tournament.

Argentina “confirms its participation in the Copa America, as is reflected by its sportsmanship throughout history”, the country’s football association (AFA) said in a statement.  AFA added that it would provide all the “necessary tools to guarantee the specific care” needed to meet health protocols during the Copa.

Meanwhile, Brazilian media reports said this week that the country’s players do not want to play in a hastily arranged tournament while they are busy playing to qualify for next year’s World Cup.

The captain of the Brazilian team Carlos Casemiro said the squad would make a statement on Tuesday about whether or not they wish to compete in Copa America.