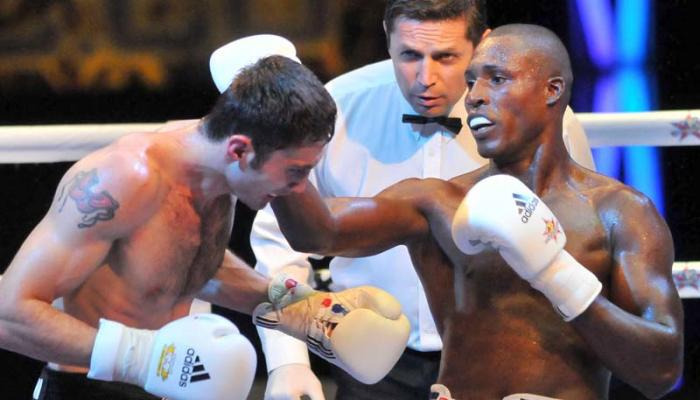 Mexico City, June 11 (RHC)-- Mexican boxing fans are expecting the unusual lineup of amateur boxers from Cuba against professionals from the country, in preparation for the Tokyo Olympics.

The fights are taking place this Friday at the Palenque Coliseum of the Aguascalientes Fair, where the Antillean island presents a squad of seven fighters, among them gold medalists from previous editions who seek to repeat in the games of the great sporting event Tokyo 2020, as it is still called, even though we are in 2021.

The Mexican professional fighters they will face are of very high quality and with a wide trajectory, even at international level.

The list of those who will face the Cuban visitors includes former IBF lightweight world champion Miguel Vázquez (El Títere), who had two fights with Saúl 'Canelo' Álvarez and went the long route, four and 10 rounds.  It is the first time Cuba faces a full team made up exclusively of professionals.

According to the organizer of the bout, Gerardo Saldivar, former director of the Guerreros Mexico team of the World Series of Boxing, the visit of the Cuban national team is part of the training tour it is making around the world, mainly in Europe.

The reason is that, because of the pandemic, the Antilleans were forced to stop their activities and the Cuban Federation is trying to give them valuable rounds to polish their skills and recover the rhythm that was altered by the stoppage.

However, the card will be broadcasted live on ESPN KnockOut at 8:30 p.m. local time. Olympic champion Arlen Lopez will fight former IBF super middleweight world title challenger Rogelio 'Porky' Medina from Sonora in the light heavyweight division. This promises to be an explosive bout from the start, according to local commentators.

Christian Garduño Ortiz, president of the ComBox, told journalists that the organization will ensure that everything is carried out in accordance with the sporting rules.

The fights are scheduled for six rounds and it is expected that the evening will add a competitive chapter to the preparation of Cuban fighters as part of a tour that previously took them to Germany and, shortly, will continue in Holland, as a prelude to the Tokyo 2020 Olympic Games.