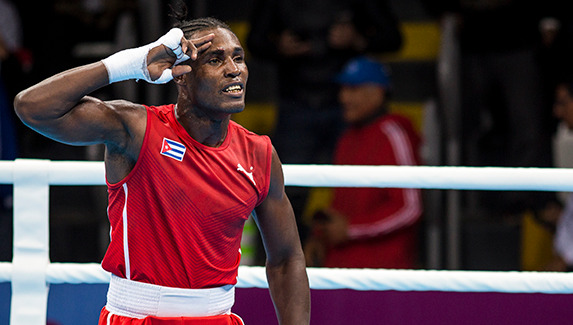 Tokyo, July 30 (RHC)-- In one of the most promoted boxing duels of the Olympics, the multi-medalist Julio Cesar la Cruz defeated today 4-1 the Spanish nationalized Enmanuel Reyes.  With this victory, Cuban boxing secured three podiums in the Tokyo Olympic Games.

At the close of Friday's bout, La Cruz landed punches in the short and medium distance and defended the attacks of Reyes, to merit the verdict of four of the five judges and thus continue on the road to the cruiserweight grand final.  The Cuban team captain will compete in the semifinals against Brazil's Abner Teixeira, who beat Jordan's Eishaish Hussein Iashaish 4-1.

At the end of the fight and with his victory declared by the judges, Julio Cesar la Cruz took one final jab at his opponent, Enmanuel Reyes.  Reyes, born in Cuba but abandoning his country for Spain, had been spouting anti-Cuban rhetoric for weeks leading up to the Olympics.  Observers say he was on the social networks, and chanting the counter-revolutionary slogans typical of recent manuevers against the Cuban Revolution.