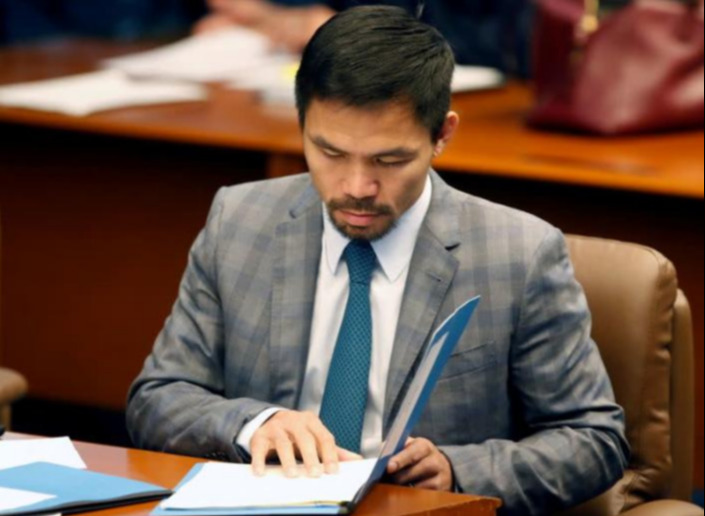 Manila, September 19 (RHC/Reuters)-- Boxing star Manny Pacquiao said on Sunday he will run for president of the Philippines next year.

Pacquiao accepted the candidacy of his political allies during the national assembly of the camp he leads in the ruling PDP-Laban party, days after a rival faction nominated former Duterte aide Senator Christopher "Bong" Go as its presidential candidate.

"I am a fighter and I will always be a fighter in and out of the ring," Pacquiao, 42, a senator, said in a live-streamed speech during the assembly.

Pacquiao, one of the greatest boxers of all time and the only man to have won world titles in eight different divisions, said nothing about continuing his 26-year professional career.

Despite his popularity, Pacquiao lags behind the favorites in opinion polls, which have been consistently topped by Duterte's daughter Sara Duterte-Carpio.