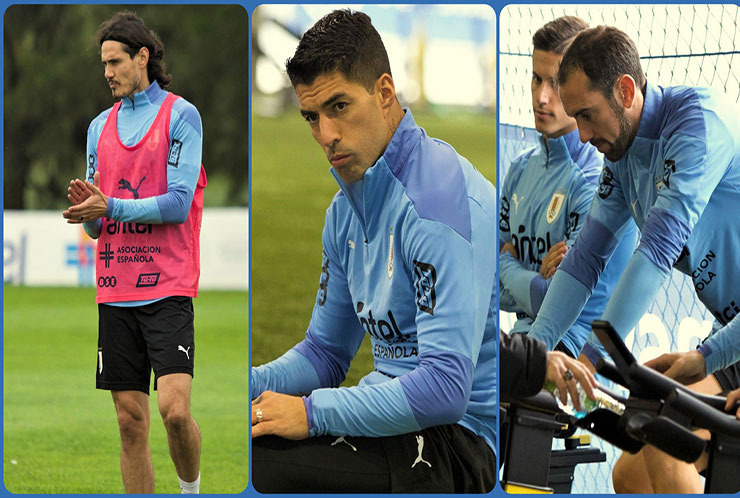 Havana, October 13 (RHC)-- Uruguay today put the finishing touches to its training ahead of tomorrow's match against Brazil as part of the South American qualifiers for the Qatar 2022 World Cup.

At the Celeste complex, the team coached by Oscar 'Washington' Tabárez worked without central defender Ronald Araujo, who finished last Sunday's match against Argentina with a right thigh injury.

The clash staged in the locality of Manaus will have the Argentinean referee Fernando Rapallini as the main referee and the Uruguayans will try to score goals in a door of the 'canarinha', unbeaten at home in the last nine challenges.

The team coached by professor Tabárez will be looking to get back to winning ways after the 3-0 defeat against Argentina and with two successes, three draws and one setback, they are still in fourth place in the qualifiers.

On the other side of the field, Brazil has a perfect record in 10 games with nine wins and one draw, good for 28 points ahead of Argentina (22) and Ecuador (16), in second and third place, respectively.

The triple round of South American qualifiers in October is completed with the following matches: Bolivia vs. Paraguay, Argentina vs. Peru, Colombia vs. Ecuador and Chile vs.