Cuban women add up to success in French Volleyball League 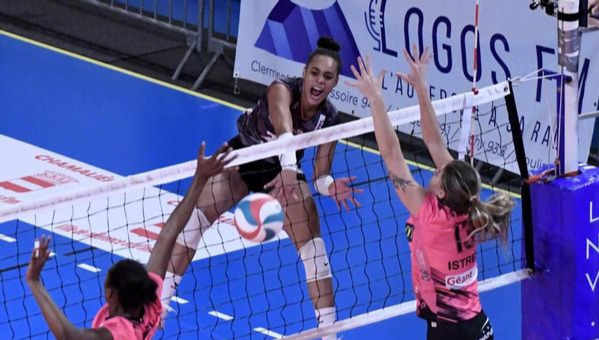 Havana, November 1 (JIT)-- The Chamaliéres club, in which four Cuban women play, found the winning path, by adding the second consecutive victory and leaving the basement of the first women's division of the French Volleyball League.

After four consecutive setbacks at the beginning of the regular season, the Chamaliéres have now won 3-2 against Terville Florage and 3-1 against Paris St-Cloud.

Now the club, which includes Cuban players Greysi Finé, Diaris Pérez, Jessica Aguilera and Claudia Hernández, is one of 14 teams in the competition.

Opposite Greisy Finé stood out in the first victory with 19 points, assistant Diaris Pérez contributed 16 and center Jessica Aguilera added seven, while in the second success Jessica scored 13 points, Diaris 10 and Greysi also 10.

Claudia Hernandez was absent in both matches.

In the men's division, Chaumont, which also has a quartet from Cuba, defeated Montpellier in five hard-fought games and moved into second place in the first division.

Auxiliary attacker Osniel Mergarejo and opposite Jesus Herrera contributed 17 points each to the important victory against the champions of the 2019-2020 campaign.

Middle blocker Roamy Alonso added eight tallies and the debutant in this squad, José Miguel Gutiérrez, played only one complete set (the third).

The other teams with Cuban presence did not have the same luck in this fifth day.

Cambrai (3 wins-2 losses) lost in straight sets against the only undefeated team, Tours (5-0), in a match in which center Liván Osoria only scored three times.

Nantes (3-2) defeated Tourcoing (2-3) in four sets, in a match where Cuban Julio César Cárdenas scored 10 attacks, and Poitiers lost for the fifth time, this time to Paris by 0-3, with five points from center Javier Concepción, a debutant in France.